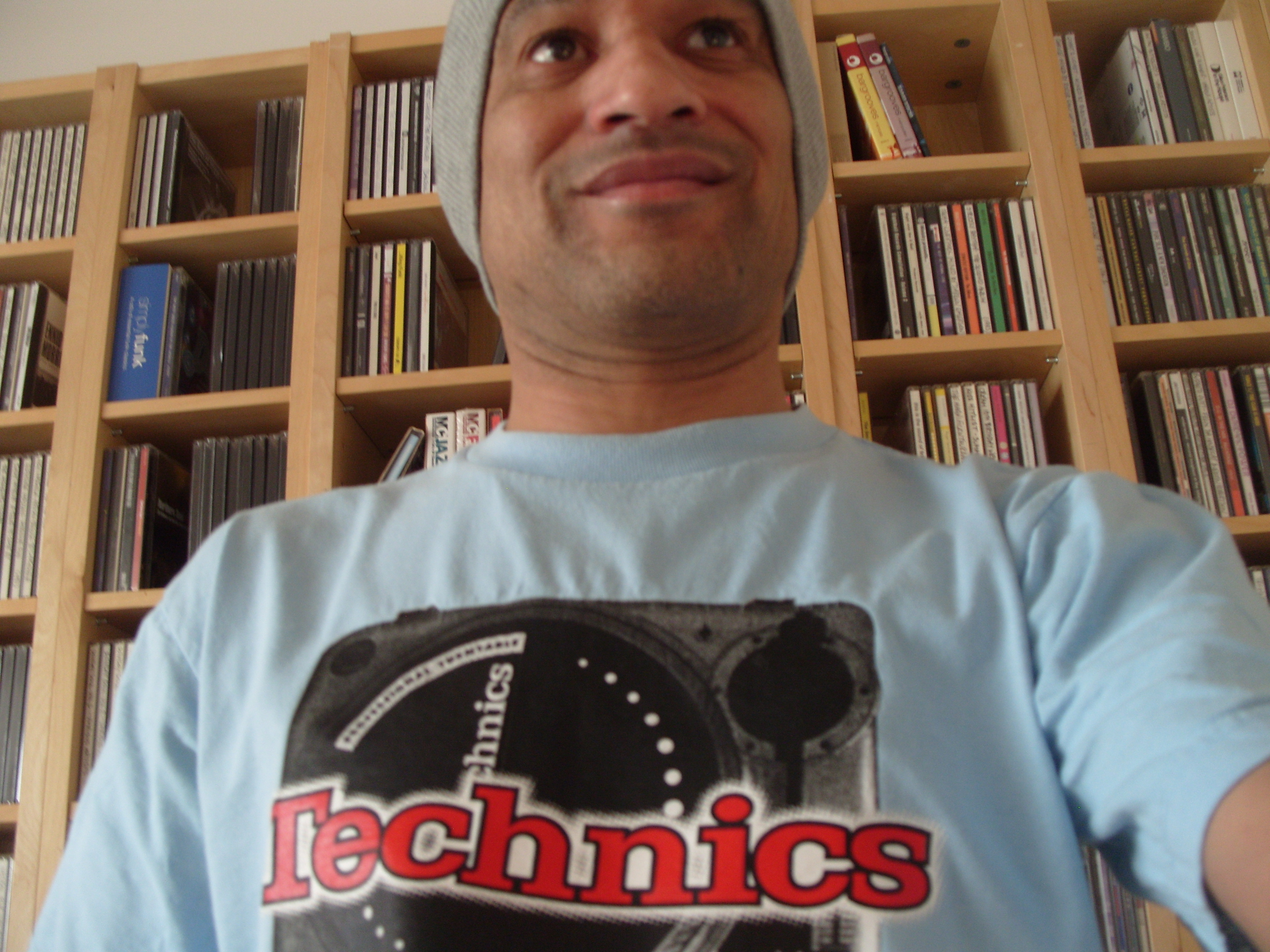 Music has always been a huge part of my life from as far far back I can remember. My first real understanding of music was when I was around 3 years old. My mother was a professional dancer before I was born so there was always an eclectic mix of genres being played in what was a very musical household, especially during the weekends as there was a lot of entertaining up until I was in my mid-teens.

Interestingly, I was so fascinated with the old radiogramme at around 5 years of age that I would try and read the labels as records were being played on it. “Trainspotting” from an early age I suppose you could say. I had a thing for reading the information on labels/covers associated with the tracks that I heard as a child and beyond. I was also allowed on occasions to load up some of the tunes that I liked when I was a little older, but my love affair with vinyl and music in general began way before then and it remains ever strong today.

My early influences were Ska, Rocksteady, Jazz and R&B, Funk, Soul, Reggae and pretty much everything in between including Rock ‘n’ Roll, Prog Rock, Glam Rock, Popular Music & Classical. As my mother is European, I was also subjected to the music from her country of origin, so it is fair to say that the musical spectrum was far and very wide whilst I was growing up.

I purchased my first ever record when I was around 10 years old and the bug for collecting music has since become an addiction. That first record I acquired was by Isaac Hayes entitled “Live At The Sahara Tahoe” a live double LP which was recorded live in Las Vegas. I loved the “Shaft” track (1972) at the time which essentially prompted me to acquire this album by the time the mid-seventies was approaching. I was fortunate enough to have a Saturday job by the time I was around 14 years old and I would go straight down to the record shop after I got paid and blew all my wages on 99p 12″ singles and the odd LP before it closed. I was always excited about getting home to play them and the need to collect music really snowballed thereafter.

I started to find my niche in radio at about this time and used to tune into a Sunday night soul show on “Radio Luxembourg” when I was around 15 years old. Sadly, the show was being broadcast on the shortwave band so there was a lot of moving my little transistor radio around under the bed covers to try and get the optimum reception, which needless to say, was virtually impossible due to a lot of interference. I had to keep it down though as I had school on the Monday morning.

The Robbie Vincent Show was quick on the heels and every Saturday morning I was there with my finger poised on the record/pause buttons recording literally everything that I could get down on cassette tape. Greg Edwards’ Saturday Night Live At The Lycium, was another favourite show. The one thing that I clearly remember was that Greg Edwards was the first DJ in the UK to play on air, D-Train’s, “You’re The One For Me”. David Rodigan (Capital Radio) and Tony Williams on (Radio London) were most definitely my main reggae DJ’s of the time.

Pirate Radio was also a massive draw for me and I used to get people to sign petitions to legalize JFM and Horizon Radio which were the leading London soul/funk stations in the early to mid 80’s. It was important to me at least, to raise the awareness of these stations which played music that I and many others wanted to hear. However, the main driving force behind my passion for these stations was ultimately hoping that the government would acknowledge the fact that there was a demand for a legal 24/7 MOBO station.

Many pirate stations would follow which I had a vested interest in. Particularly, LWR where dj’s played Soul, Funk, Jazz and Rare Groove in the mid to late 80’s. “Jasper The Vinyl Junkie” was dropping tunes which very much conformed with the revival of Rare Groove at this time and I was an avid follower of his shows. I was also very quick to discovered many of the up and coming pirate house music stations around this time.

So, as the 80’s progressed, from it’s humble beginnings, Electro set the stage for Detroit Techno, Deep House, Acid House and Garage which became musical genres that I would heavily come to embrace. Hardcore, Jungle and it’s associated sub-genres, likewise with Drum ‘n’ Bass, would follow in the 90’s. Rap and Hip-Hop has always been a keen interest of mine and the many other genres/sub genres which were born out of Electronica music of which there are too many to mention. I am still deeply entrenched in Electronica and have continued to embrace the new sounds and genres to the present day.

The name “Music Man” was casually coined by friends when I was around 17 years old. I used to go to my local youth club on a Friday night where they had a turntable. I was one of a few who would take tunes along and play them to entertain our friends. As a result of this, some of my friends would refer to me as “The man with the music”. Later on “He’s the music man” became the metamorphosis for the Muzikmann (spelt this way because of my Germanic heritage).

Pretty much all my life I have been involved with music in one shape or form. However, Jazz music really is my first love and always will be. Music is my life and I am so thankful for those early influences which have set me on my own amazing musical journey. A journey which will most certainly continue forever!