From Monday 21st December
The fantastic Band Phaze II
will be our featured artists on
the Breakfast Show.

“Over the years, Washingtonians have been fortunate to witness with pride the extraordinary number of outstanding jazz groups that have sprung forth from our area. We have another bright star to get excited about, PHAZE II.” Bob Jenkins, Smooth Jazz 105.9.

Since 1997, PHAZE II has been providing Smooth and Funky Jazz sounds on the local music scene in the Washington, DC area, by honing its craft of delivering quality music to their listeners. PHAZE II has embarked on a journey to show the world the many talents that this jazz band has to offer.

In 2001, PHAZE II released its first CD entitled, Options, which Smooth Jazz 105.9 radio personality, Al Santos, described as a very credible debut CD. The Options CD embraced creativity, powerful producing, collaboration, and above all, the musical gift that each band member offers. Backtalk, the sophomore CD released in 2004, has unique style and versatile sounds that range from Latin Jazz to R&B. In 2010 they released Live N Uncut a CD/DVD set. This project gives one a visual along with the audio of what a Phaze II live performance is all about. Their latest CD Live in Anaheim was recorded at the 2013 NAMM Show. This was truly a blessing; due to the fact of this being their first time ever performing on the west coast. Phaze II is currently working on their fifth CD project set to be released later on this year. 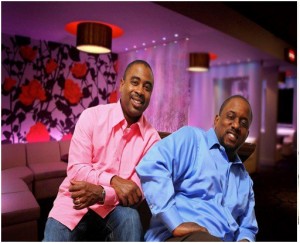 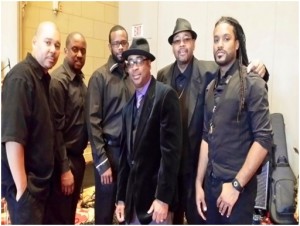