The band under the direction of internationally known percussionist Nene Vasquez consists of musicians of various origins and published its first production in October, 2015. The album Latin Groove has found Dj s and audience in Europe and in Latin America schnellAnklang. Mingaco has received excellent reviews from both the press and on the Internet at sites in Colombia, Spain, France, Italy and Germany. The band consists of 9 musicians from Venezuela, Cuba, Germany and Switzerland.

composed of artists from various countries, to his credit musical collective have their first production in 2015 which has been well received by music lovers and DJ s worldwide. They have created a musical genre called Euro-Latin Groove in the country where Germany are residing. In 2015 MINGACO Orchestra launched its first book, “Latin Groove” produced by Daniel Gaiser and Nené Vásquez MINGACO has worked live in Germany and has received rave reviews from both press in countries: Colombia, Spain, France and Italy connoisseurs of music lovers Soundsystem movement. The band is made up of nine musicians from Germany, Switzerland, Cuba and Venezuela. Led by internationally renowned percussionist Nené Vásquez

Mingaco is a social activity where several cultures or tribes gather to perform work together ..
Venezuelan percussionist and producer Nené Vásquez, the tresero Roberto Pita and Swiss trumpeter Daniel Gaiser, also managed to meet with the same interests of those ancient Andean roots make a musical MINGACO to Eurolatinoamericano 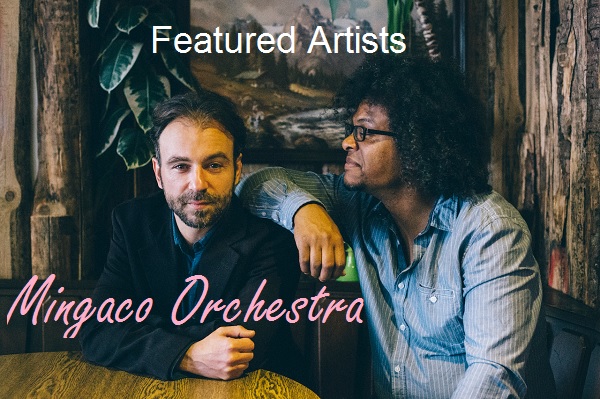