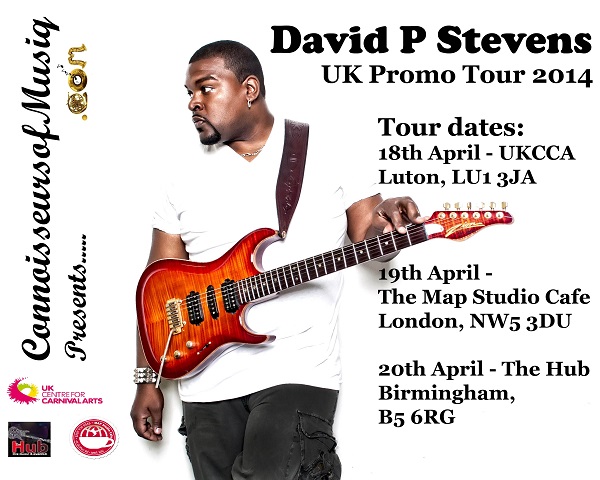 Multi-talented contemporary jazz, guitarist, singer, songwriter, producer, arranger, multi-instrumentalist, and recording studio engineer David P. Stevens invites you to take a musical journey with him through the “The DPS Experience”.

What is the DPS Experience?
Heavy production influences by the likes of George Duke, Herby Hancock, Quincy Jones, Stevie Wonder and the sound of Philadelphia, mixed in with guitar driven melodies, exciting grooves, intense instrumentation and vocals, create the timeless and invigorating, DPS Experience!

History:
Raised in the City of Brotherly Love when Philadelphia International Records dominated the pop and R&B charts, David got his start playing music as an adolescent. Within a few years, with help from his musical mentors Darryl Johnson & Fred Cooper, David would begin playing piano and guitar, writing, recording and playing music professionally. After completing his undergraduate studies at the University of Massachusetts, David moved to Nashville, where he produced songs for many artists regularly performing in some of the city’s more notable venues; ultimately becoming the lead guitarist in the house band for the Trinity Broadcasting Network. David, on his quest to stardom, revisited Philly once more, and Detroit – The Motor City, before ultimately declaring his home-base in Philadelphia.

In 2005, he released his debut studio album, entitled Timeless. The buzz generated from that project demanded David record his 2008 sophomore album, entitled The Shedd, which garnered the interest of 111 East Jazz Records. The label felt so strongly about the diamond in the rough project overlooked by the larger market that in 2011 David recorded additional songs, and 111 East Jazz Records repackaged the CD as Uptown which was released to global indie acclaim, and admirable bulleted positions across various music charts globally.

Enjoy the sensations of Mr. David P. Stevens walking you through “The DPS Experience” ~ bridging the gap between yesterday & today.