Kicking off with no less than Seven 1 Hour George Duke Specials.

Shows will be every Tuesday and Friday 7-8pm GMT

(ATN is pictured with George Duke above)

GEORGE DUKE left us (05-August-2013), leaving behind him a totally awesome musical legacy of international scope. Through his work, his productions and collaborations, his immense talent and generosity has moved a large range of people, from the most prestigious artists to the the most anonymous fans. Everyone has experimented something special with George Duke, either if you’re a music specialist or even if you’re just a casual listener without knowing that Duke is involved in what you’ve listened to. From the most straight ahead jazz to main stream songs, George is there, somewhere, somehow, in the light or as a sideman, behind his sought after keyboards skills which amaze us or make us dance.

More than a 40 years long career with bold and facetious Jazz, off beat Fusion, fatty though gracious Funk, melodic and characteristic Soul, thorough and “sampled made for” Disco, and lush Urban Pop.

These selections are not “Greatest Hits”. Even though this tribute is deep and very thorough, it’s not comprehensive. I dove into the master’s discography to excerpt what is essential to me. It certainly lacks important things, but this is my personal and arbitrary tribute. Without pretention, only serious in my passion, I chose to share the different musical faces of George Duke according to my own sensibility as a DJ. This work shows how I felt his music and how decisive it was to form my musical tastes.

Show 6 – DUKE’s Dudes #1 (jazz and various fusion for, with and by others)

Show 7 – DUKE’s Dudes #2 (urban and popular grooves for, with and by others) 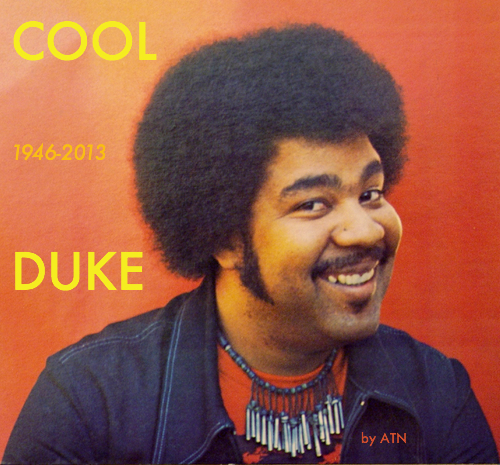