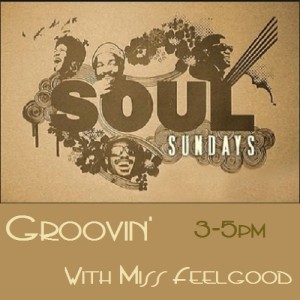 ‘Music Is The Best Medicine’

I have loved soul and reggae music for as long as I can remember.
I grew up in Croydon and went to places like Tiffanys in Purley and Dr Jims religiously as soon as I was old enough and have really fond memories of those days, it really was all about the love of the music, there was no trouble,no drugs, most people didn’t even drink , everyone was too busy dancing and enjoying brilliant music, it really was quite magical. I then ventured further afield to places like The Global Village, the legendary Crackers in Wardour Street and The Bass Clef.Everyone listened to Robbie Vincent, Greg Edwards and David Rodigan.

I never imagined I would end up dj’ing ,( there weren’t many female dj’s around in those days) despite monopolising the ‘record player’ in the Sixth Form common room at Coloma Convent Grammar School for Young Ladies( as it was called back then)playing mostly reggae, tunes like I’m Still In Love With You Boy, and I’m In Love With A Dreadlocks. A couple of decades later , and after pestering various friends who dj’d to let me play a few of my tunes I did my first gig at the Dogstar in Brixton on a Sunday afternoon with my friend Ritchie,( thank you Richie) I was there every Sunday for about 2 years, this lead to other gigs, a great night called the Cat House, that ran for a while in Brixton Hill, and the much loved and much missed Mango Landin, that closed last December, I had a monthly residency there from shortly after it opened and played on the last night with all the other dj’s that had played there.

Earlier this year (2014) I was introduced to Glossy by Will Diesel, and shortly after that , and after being a guest on Glossy’s Saturday morning show, I did my first Sunday show,Groovin with Miss Feelgood where I play a mix of feelgood soul and reggae. I feel enormously grateful and privileged to be able to share the music I love with the Sound Fusion Listeners .

I currently dj at the Railway in Tulse Hill on the third Friday of every month and various other venues, mainly in and around Brixton.