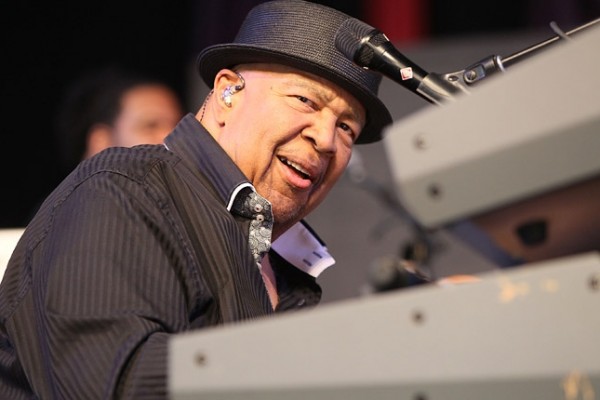 will be a 2 hour Tribute to the late “GEORGE DUKE”.

George Duke, the Grammy-winning jazz keyboardist and producer whose sound infused acoustic jazz, electronic jazz, funk, R&B and soul in a 40-year-plus career, has died. He was 67.

A representative for Duke said the performer died Monday night in Los Angeles. Duke was being treated for chronic lymphocytic leukemia.

“The outpouring of love and support that we have received from my father’s friends, fans and the entire music community has been overwhelming,” he said. “Thank you all for your concern, prayers and support.”

Duke was born in San Rafael, Calif. He appeared on a number of Frank Zappa albums and played in the Don Ellis Orchestra, Cannonball Adderley’s band and with jazz musician Stanley Clarke. Duke also played keyboard on Michael Jackson’s multiplatinum 1979 album, “Off the Wall.”

His wife, Corine, died from cancer last year. He was unable to make music for months, but he overcame his grief to create the album “DreamWeaver,” released last month. It features a fusion of sounds and a touching tribute to his late wife on the romantic piano-driven ballad “Missing You.”

He began taking piano lessons when he was 4 years old, after seeing Duke Ellington perform.

“I don’t remember it too well … but my mother told me I went crazy,” Duke said on his website. “I ran around saying, `Get me a piano, get me a piano!'”

Duke said he learned a lot about music from going to church, which helped him add a funk style to his sound. He played in high-school jazz groups and was heavily influenced by Miles Davis. He earned degrees from the San Francisco Conservatory of Music and San Francisco State University.

On tour as part of the George Duke Trio, he performed in Los Angeles at a show where Adderley, Zappa and Quincy Jones were in attendance. Duke soon joined Zappa on a tour for a year in 1969. He joined Adderley’s band in 1971. He met Clarke through Adderley, and they formed the Clarke/Duke Project. Their song “Sweet Baby” was a Top 20 hit on the Billboard pop charts.

He worked as musical director for the Soul Train Music Awards and other special events. He also scored songs on soundtracks for “The Five Heartbeats” and “Karate Kid III.”