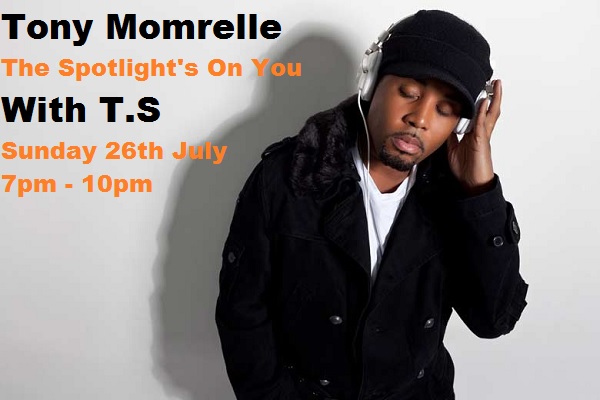 T.S. Presents an Interview with

on a special 3 hour

version of the formula dancin’ & Lovin’

Tony Momrelle (born Anthony Momrelle, 28 April 1973) is a British R&B and jazz singer, and is one of the current lead vocalists of the band Incognito.

Before his stint in Incognito, Momrelle was already a solo recording artist who released two studio albums under his name. Also, he was once a member of gospel music group Seven. In a year, he toured with both D’Sound, and the Brand New Heavies as a guest performer. His success in touring impressed Incognito’s frontman, Bluey Maunick, and he offered him the job as the vocalist of the acid-jazz outfit.

He made his Incognito full-debut on the band’s 2006 album Bees + Things + Flowers, in which he contributed as a main vocalist.