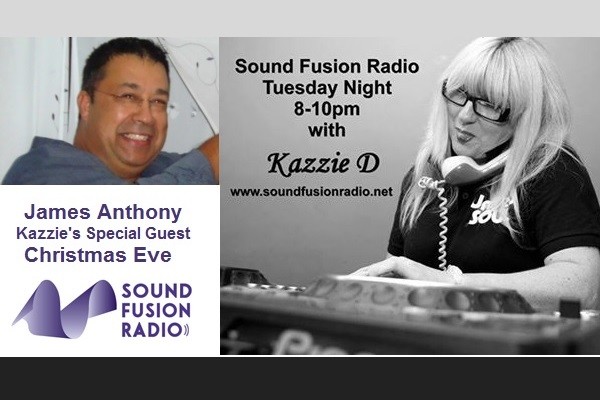 Karen has a special guest:

None other than the Amazing – James Anthony

James began his dj’ing career in the early 70s in night clubs, the first being Bumbles in wood green in 1973, with Niki Price who was instrumental in building his early dj’ing abilities. While working for Wheatly Taverns James did a brief spell at Crackers on Friday afternoons with George Power.

James first encounter with radio was in the early 80s on Horizon Radio when he was invited as a guest on Richard Felstead’s show. He then went on to be a major part of Solar Radio, presenting the ‘Echoes Street Sales Chart’ on Sunday evenings as Jude James.

In 1990 James got involved in selling music by co-owning ‘Street Level Records’ in Tottenham. Also in the same year he joined the north London ILR Radio station W.N.K (Wicked, Neutral & Kicking) to present the afternoon show before moving to breakfast working alongside Greg Edwards & Dixie Peach (Berni Michaels) till September 1992. In October of that year James joined Choice FM to co-present the breakfast show with Angie Greaves, for 2 years. He vacated the show to present his own Classic Soul show on Sunday afternoons which proved very successful.

In 2000 James & Ash Selector formed the ‘Soul Shack’ club night, also renaming his radio show – both were both very successful but sadly ended on 16th October 2004. 2002 saw a change of direction for James when he was offered a new role at Choice FM as a commercial producer/imager alongside presenting his Sunday radio show which he continued until leaving Choice in December 2004, after 14 years when Capital Radio took over. James has now returned to Solar where he started his radio career back in 1983.