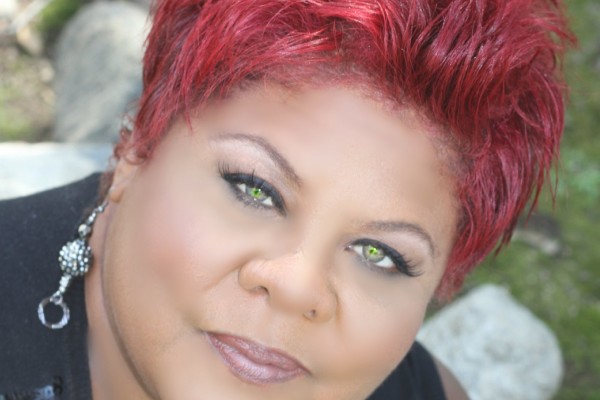 Promise Marks is a NeoSoul Recording Artist based out of Los Angeles, California. The multi talented singer, songwriter, actress & producer struck a jackpot with the release of two singles that hit both the UK Soul Charts & The Luxury Soul Charts in Lagos, Nigeria in the same week. Her single Whatever Happened peaked at No. 8 and the single Chill With You peaked to No. 5. With a growing fan base world wide she’s received radio support across the UK, Germany, Spain, Brazil + Lagos Nigeria.

Under the musical direction of Producer + Musician Richard Duvivier and Singer/Songwriter Producer Vince Hall. The team diligently and patiently worked together on this current project for the past 2 years. Promise said, “This album will either be the “Break Out Album !” or the “Retirement!” As the team stayed focused they continued their mountain climb and gave birth to their Production Label, Wrong Door Productions. Promise took her business savvy skills to become the Companies Creative Strategist and the Director of Marketing & Promotions. Her business mind and Entrepreneurial wit enabled her to put herself on the map and build an online presences that’s growing daily. Promise Marks is truly a rising star and one to watch out for.

Having the vision to build a career that makes sense and the creative skills to write, produce & perform music that’s timeless and relevant makes her a crowd pleaser. Now with a strong creative team behind her there’s no limits to how far this amazing artist will go. Her Debut Album Sunshine will be released this fall on October 13, 2012! It’s clear that it’s not the “Retirement album” by far. For Promise Marks 2012 marks the beginning of an incredible career as she is on her way to the top! An artist to watch and a talent worthy of recognition she prepares for bigger platforms with greater exposure. Always willing to work hard to deliver excellence her years of experience has proven to make her like a fine wine. Living the belief that through faith and determination IT’S POSSIBLE. She chose to dream big and now her “BIG DREAMS!” are becoming a reality. A woman with a deep passion for music and compassion for people, She carries the gift of wisdom and a heart of courage Promise Marks is an artist who will leave a credible and notable lasting impact on the music industry for years to come.


A Must Have Album in any Soul collection.