‘Narita For Tokyo’ performed by The Wah Wah Collective 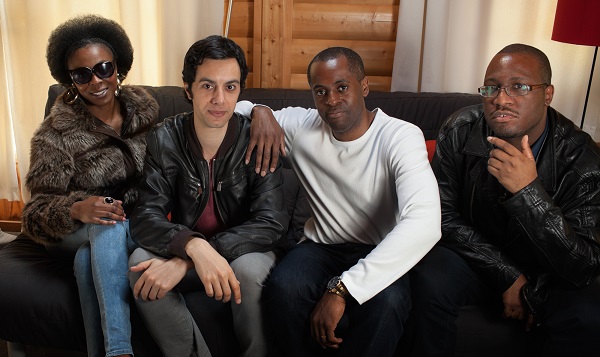 The Wah Wah Collective presents ‘Narita For Tokyo’ a song and music video of an electronica appeal taken from the debut album ‘Cry Baby Soul’. Narita is named after the main Japanese airport and describes producer Georgeyo experiences living in Japan in the 00’s. The song features vocalist Natasha Stark and is a part of an oriental theme found on the ‘Cry Baby Soul’ album. Both Georgeyo and Natasha Stark feature in the music video set on an urban rooftop with the singer reminiscing about the Far East. The ‘red’ of the music video metaphorically represents the ‘red sun’ of the Japanese national flag.

Cry Baby Soul is a 16 song album covering many genres soulfully including Electronica, Nujazz, Neosoul, Latin grooves and more. The album is what the band are calling ‘Eclectic Soul’. The Album is a gathering of previous vinyl only releases mixed with unreleased songs from the London based group.

” This album is a result of pure dedication and a real love of soul music. One for the connoisseurs and those who want a sample of what proper soul is all about.”

” ‘There is nothing like sitting with your friends and family at a beautiful lounge with a glass of wine in one hand, and the soothing audio of neo-soul from the Wah Wah Collective in the other hand!.. This is a must have album for lovers of Soul.”

Cry Baby Soul as a play on words refers to the ‘crying wah sound’ of the wah wah pedal. It represents the fender rhodes bass sound that is present throughout the album.