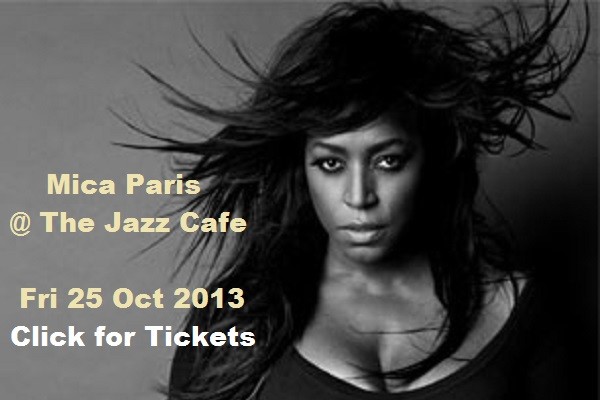 UK Queen of Soul’ singer Mica Paris is celebrating 25 years in the music industry this year.

Mica has just finished recording her 8th studio album, which has been produced by the legendary Rod Temperton. Rod wrote ‘Thriller’ and other songs on Michael Jackson’s record-breaking album, produced by Quincy Jones and has achieved both chart and award success with many other music icons. Mica is very excited about this album, due for release later this year.

Recently, Mica was made an ambassador to the Amy Winehouse Foundation, joining Mark Ronson, Paloma Faith and Ronnie Wood in supporting young people in helping to prevent the effects of drug and alcohol misuse.

Mica also performed live on BBC for ‘Titanic A Commemoration in Music and Film’ in Northern Ireland and appeared alongside Cliff Richard and Boy George at the Royal Albert Hall for ‘World Hunger Day’, where Mica performed a duet with legendary singer Dionne Warwick.