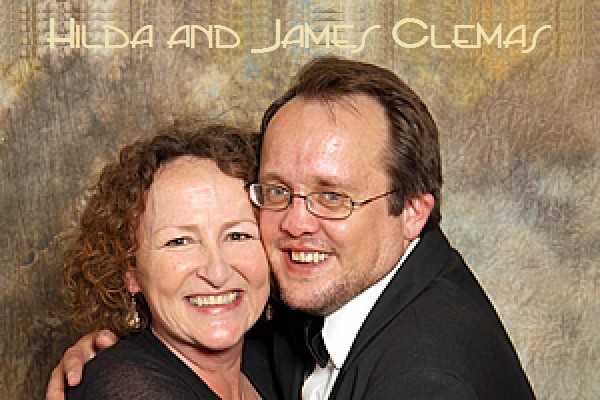 Hilda Clemas has a distinctive vocal and wide dynamic range. Capable of great power, she has a deft touch, imbuing standards such as “Desafinado”, “Corcovado”, “It’s only a Paper Moon”, and “I’m beginning to see the Light ” with a silky smooth and an occasionally husky edge. When the moment is right – such as Hilda and James’ boisterous take on Route 66 – she can really swing in style.