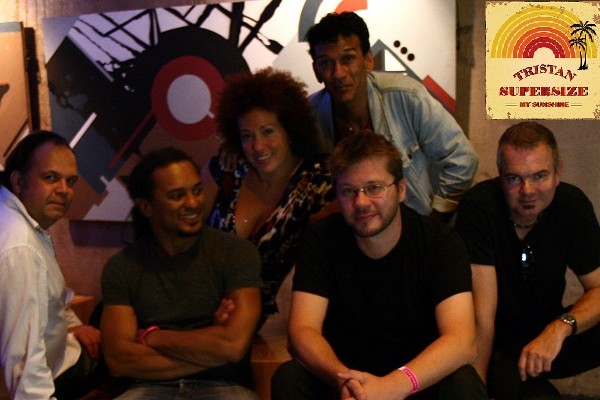 THE BEST OF THE SEVENTIES BROUGHT TO 2014
TRISTAN

With the successful release of our debut album “Full Power” it’s been like a chain reaction of positive response, reviews and airplay. Tristan hit nr.1 on the UK soul-charts and got to do a whole bunch of great live performances as headlining act as well as being the support band for Incognito. “Full Power” will now also be available as special edition in Japan! (October 2014)
”The best of the seventies brought to 2014” is what TOTO guitarist and singer Steve Lukather came up with when he heard the music of TRISTAN!
A new chapter is about to unfold for us: The follow up album entitled ‘2nd Phase” is already in an advanced stage. In January 2015 we will put out the first single (“Finally Found “ a duet with USA soul-singer Heston) in Holland, Germany and the UK while the album release is set for March 2015.
Tristan’s music can best be described as feel good vintage Acid Jazz music with the energy, vibe and sound of 2014 by some of today’s best contemporary pop/jazz musicians from Europe. Funky rhythm- guitars, Hammonds, Fender Rhodes and synths, and a rhythm section that has been playing together for decades. All this gives singer Evelyn Kallansee the solid ground to make her beautiful vocal sound shine. It will bring you back to that great sound of the seventies. Well produced recordings and live performances often joined by a hornsection, a string section and a host of backing vocalists. While the music may hold clear echo’s from bands like Tower of Power, Snarky Puppy and classic acid jazz acts like Incognito and Brand New Heavies, what makes this band really stand out is the high energy of the grooves and the quality of the writing and arranging. Tristan – Full Power was a startling fresh debut album from a band consisting of real musicians. If you like plastic-made-up music by artists that have been processed and autotuned to death then this album may not be your cup of tea. If you on the other hand like well written live played and intelligently arranged Acid Jazz performed by great musicians this might just be the album you are looking for! “2nd Phase” will very much be in the same league of quality and perfection without holding back on budgets nor artistry!