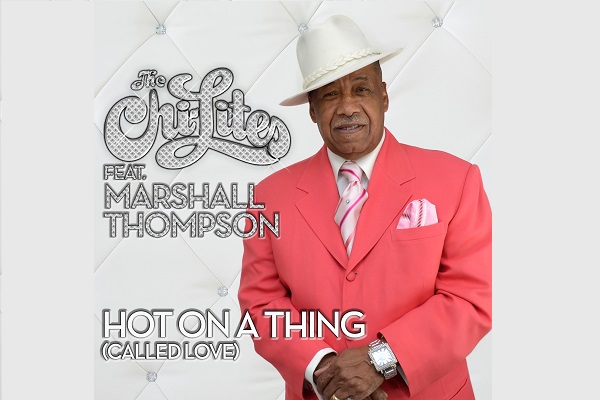 As the Hi-Lites they released a number of singles on local labels then in 1964 they changed their name to Marshall & the Chi-Lites; the ‘C’ being added to reflect the name of their hometown, Chicago.  By the end of 1964 Clarence Johnson had left the group and they truncated their name to simply the Chi-Lites.  During the ensuing four years Eugene Record slowly emerged as the group’s lead singer, songwriter and producer.

In 1969, after signing with Brunswick the previous year, “Give It Away” became their first USA national hit single attaining number ten in the R&B charts.  The follow-up release “Let Me Be The Man My Daddy Was” was moderately successful but another major hit was elusive until “Are You My Woman ?” climbed into the R&B top ten in early 1971.  A succession of top ten hits followed commencing with their next release “(For God’s Sake)Give More Power To The People” which was the first release to crossover into the pop charts.  The ballads “Have You Seen Her” and “Oh Girl” followed, both reaching number one in the R&B charts with “Oh Girl” also achieving the number one slot in the pop charts in the spring of 1972.

The Chi-Lites lineup changed shortly after “Stoned Out Of My Mind”.  Creadel Jones was replaced by Stanley Anderson, who himself was replaced by Willie Kensey.  Three top ten hits R&B hits followed – “Homely Girl”, “There Will Never Be Any Peace” and “Toby”, before Kensey was replaced with Doc Roberson.

Brunswick, however, ran into financial problems.  This frustrated the promoting of the group’s records and led to Eugene Record leaving to become a solo recording artist for Warner Bros.  The remaining members were joined by David Scott and Danny Johnson although Johnson himself was replaced by Vandy Hampton in 1977.  They signed with Mercury but no hits were forthcoming.

In 1980 the group signed to Carl Davis’ Chi-Sound label and although they were more successful than when on Mercury, their first genuine hit was 1982’s “Hot On A Thing (Called Love)” which reached number 15.  The following year their final top ten hit “Bottoms Up” came after signing for Larc Records.  Later that year Creadel Jones retired and the group continued as a trio to the end of the decade.

The ’90s saw Anthony Watson join the group and Creadel Jones returning.  This lineup was regular on the oldies and soul cicuit of the decade.

In 2000 the Chi-Lites were inducted into Rhythm & Blues Hall of Fame.

The Chi-Lites also feature, along with other big-named legendary artistes, in a docu/movie called “Only The Strong Survive” by Miramax films, which was released in 2003.

Sept 2003 – Marshall receives over 100 e-mails after appearing on the Jesse Jackson Push Show.

The Chi-Lites song, “Are You My Woman”, is sampled and featured on the latest album by Beyoncé under the title “Crazy In Love”. The recording also features Jay-Z and can be found on Beyoncé’s “Dangerously In Love” CD. The song is later nominated for a Grammy award and is instrumental in winning the Hot 100 award for most weeks at No. 1.
The making of Crazy In Love

Dec 2003 – The Chi-Lites song, “That’s How Long I Love You”, features on the latest album by Jay-Z under the title “Dec 4”. The song can be found on Jay-Z’s CD “The Black Album” currently #1 on Billboard

Chi-Lites appear in the 70’s Soul Legends concert for PBS. Photo here. They are joined by Eugene Record

July 2005 – Eugene Record, the original lead singer and composer of the greatest songs of the Chi-Lites, Including “Oh Girl,” Have You Seen Her” and “Coldest Days of my life” passed away 2am on 7/22/05 after a long bout with cancer.
Eugene was 64.