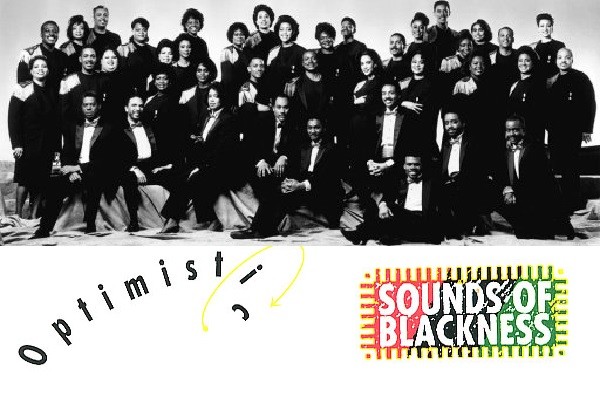 Sounds of Blackness is a Grammy Award-winning vocal and instrumental ensemble from Minneapolis/St. Paul, Minnesota who perform music from several genres music including gospel, R&B, soul, and jazz.[1] The group scored several hits on the Billboard R&B chart and Billboard Hot Dance Music/Club Play chart in the 1990s. Cynthia Johnson of Lipps Inc. fame and Grammy winner Ann Nesby are the group’s most prominent alumni.

The group was founded in 1969 by Russell Knighton at Macalester College in St. Paul, Minnesota, and the group was called the Macalester College Black Voices. It was in 1971 when current director Gary Hines took leadership over the ensemble, and the group name was officially changed to Sounds of Blackness (SOB). The group had acquired local celebrity status throughout the years though never signed with a record company because of various reasons including the fact that many companies were not comfortable with the group’s name. Some companies even suggested to Hines that the group’s name be changed to “The Sounds of Music.”[citation needed]

The chief lead singer of the group was Ann Nesby until 1995 when Nesby left the group to pursue a solo career. The group continues to perform internationally.