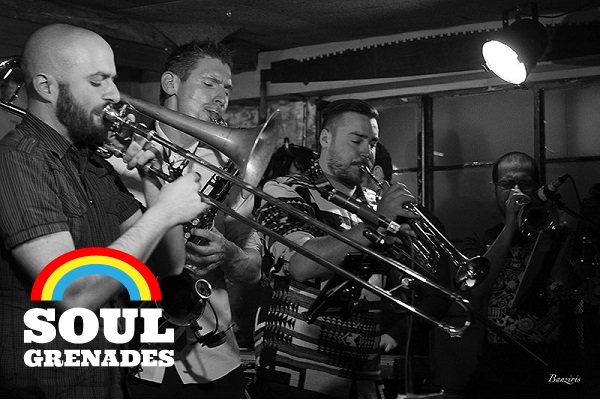 Purveyors of heavyweight funk and soul grooves with a contemporary edge, Soul Grenades are quickly establishing themselves as one of the most dynamic live acts on the scene. Fronted by veteran soul vocalist Sabina Challenger (featured on The Craig Charles Funk & Soul Show with The Getup), the band boasts a rock-solid, super-tight rhythm section, blistering horns, and a burgeoning song book of future classics.

The band’s critically-acclaimed Sunshine EP will soon be followed by their debut album, scheduled for release 2016.