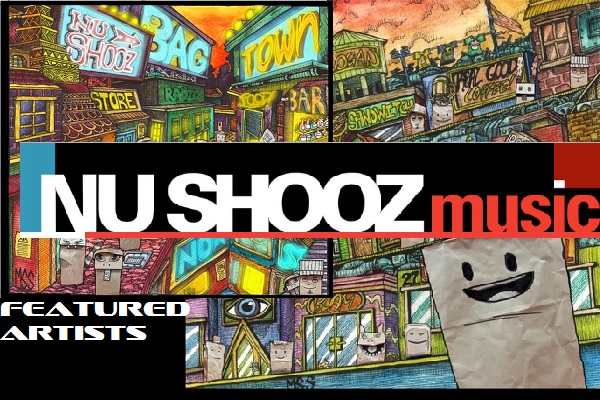 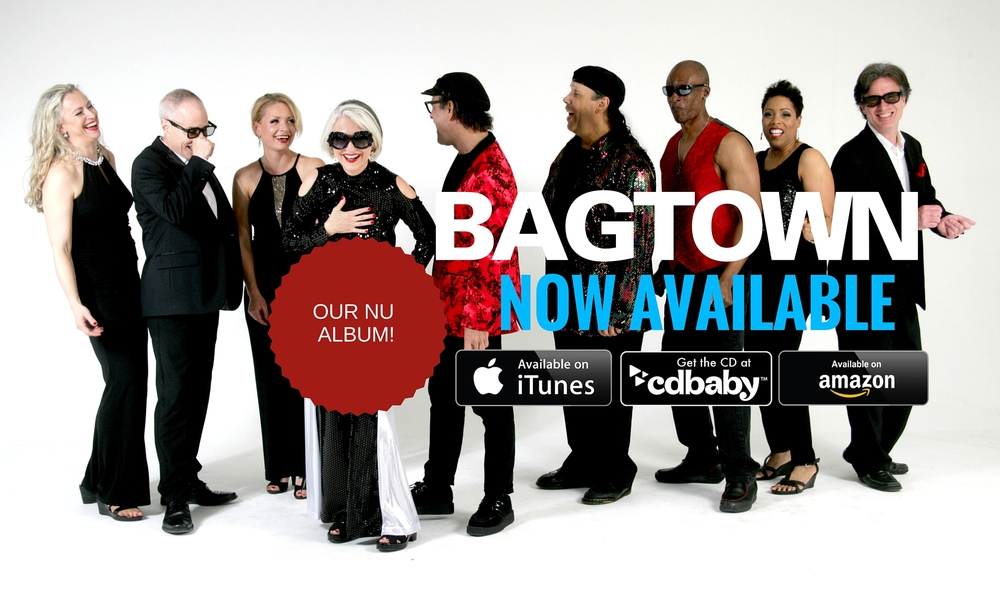 The story could have been scripted in Hollywood. An impulsive hitchhiking trip to the Pacific Northwest resulted in a 40-year love affair, one of the top bands to come out of Portland, Oregon, and a song that became an emblematic hit of the 1980’s; “I Can’t Wait.”

These are the makings of the Nu Shooz narrative. The stories are woven together through the lives of the husband and wife visionaries behind the group, Valerie Day and John Smith. One day in 1975, on a whim, John thumbed his way from San Pedro, California to Olympia, Washington to visit a girl who, as it turned out, wasn’t that glad to see him. No big deal. The next day he turned around and headed for home. On a friend’s suggestion, he spent the night at a Hippie commune in nearby Portland, the First Cosmic Bank of Divine Economy (or ‘Cosmic Bank’). There, he met Valerie Day. She was 15; he was 19. It was not love at first sight. That took another month. Within a few years, both were playing in the city’s fertile Latin Jazz scene. Then, a trip to New York City in the late ‘70’s inspired John to change musical directions.

Nu Shooz began in 1979 as a Soul band with Fusion overtones. They gigged as a four-piece for a year before adding a horn section. Almost immediately their fortunes improved. The Shooz landed the coveted ‘Ladies Night’ spot at The Last Hurrah, one of the premier Portland nightclubs. Overnight they became one of the top bands in the city. That incredible ride lasted for two years, then a month-long road trip into the hinterlands exploded the original lineup. Five of the nine members left en masse. In 1983, Nu Shooz slimmed down to seven and soldiered on. That winter Smith sat down with a rented 4-track machine and started work on what would become ‘I Can’t Wait.’

In 1985, after numerous personnel changes, the band recorded the EP Tha’s Right. A local music writer named Attillio wrote that the music was good but local radio stations would never play it. Gary Bryan at Portland’s #1 Top-40 station, KKRZ FM (Z-100) took up the challenge. “Nu Shooz, if you’re listening, come on down.” The band’s manager, Rick Waritz, was listening. He jumped on his Vespa and rushed a copy to the station. They chose to play  ‘I Can’t Wait.’ The phones lit up. Soon, the Shooz had a regional Top-10 hit on their hands. But the major labels weren’t interested. Producer/DJ Peter “Hithouse” Slaghuis discovered “I Can’t Wait” on a Hot Trax 12.” His remix on Dutch label Injection Records became a hot-selling import in the United States. That remix was picked up by Atlantic Records, who signed the group in January 1986. 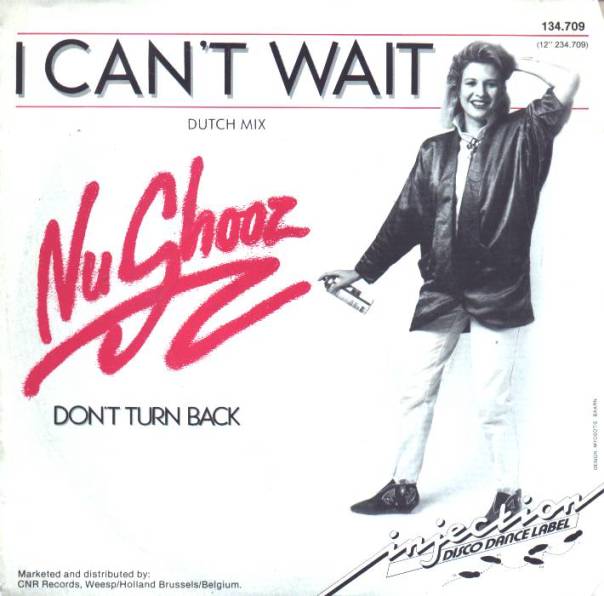 The success of the track was a ticket to a strange amusement park. They were nominated for a Grammy, and proved they were the real deal with two other chart topping hits, “Point of No Return” and “Should I Say Yes.” They held on for the glorious ride, traveled the world, and had the opportunity to indulge their funk fantasies; meeting Dick Clark on American Bandstand, recording at Prince’s Paisley Park studios and working with one of John’s Soul heroes, the one-and-only Maceo Parker.

Nu Shooz made three albums for Atlantic, ‘Poolside,’ [certified RIAA Gold,] ‘Told U So,’ and the unreleased ‘Eat & Run.’ Atlantic dropped the band in 1992. By then, John and Valerie weren’t having fun anymore. It was time to move on.

John fell into a 20 year gig writing music for commercials and Indie cinema. Valerie was in demand as a session percussionist, taught voice, and sang in Jazz quartets and Big-Bands. They raised a son. They never stopped playing music, but there was never any thought that they would revive the group. “That was a particular time and place,” John says. “To go out with a bunch of hired guns and call it Nu Shooz would be disrespectful to what it was.”

Valerie takes up the story here. “As time went by, and our son was getting ready to graduate high school, we kept getting these calls. It felt like it had been long enough. We had gotten to a place in our lives where we had a lot of gratitude for our history, and as Nu Shooz we felt we had more to say as artists.”

To commemorate the 20th anniversary of the release of “I Can’t Wait,” Valerie produced a stunning remake replete with horns, strings, vibes, and upright bass. They credited this to Nu Shooz Orchestra, and in 2010 released an album of chamber jazz, “Pandora’s Box.” Valerie dubbed this stylistic interlude ‘Jazz/Pop/Cinema. It was a showcase for John’s arranging and orchestration skills, and a compilation of all the styles they loved, Spy Music, ‘30’s Jungle movies, and Acid Jazz.

Then in 2012, they released an album of archival material called “Kung Pao Kitchen,” late-80’s jams that been relegated to studio shelf obscurity. “No one ever heard these songs that we worked on so hard back in the day.”

The calls to revive Nu Shooz kept coming in. The latest was the Alan Beck “Super Freestyle Explosion Tour” which featured 1980s superstars such as Lisa Lisa, Exposé, Stacey Q, among others, playing to stadium sized crowds. “The first few times we got the call, we turned it down,” recalls Valerie. “But the promoter urged us to try it because the audience was so fun. When we finally did, we had a blast! We played in front of thousands of people—it was like riding a surfboard on top of a huge wave. I looked over at John and said ‘Can you believe this?’ The energy was amazing.”

Going out and playing their hits whet their appetite for more. In 2013 they put they live band back together, using all former members from various incarnations of the group. John says, “We wanted people who we knew could play this music, which sounds simple but isn’t” The chemistry was immediate, and audiences were thrilled to see the live Nu Shooz back on stage for the first time since 1989. Those shows turned on a switch in John and Valerie. With the band back together and sounding tight, it was time to make another album.

John says, “I don’t believe in writer’s block. So I dove right in. The first thing I wrote was a pair of symphonic pieces, that maybe Nu Shooz Orchestra could have done. No, no, no. That’s not what we need. We want something that’s fun to play live!”  As the mad scientist worked, lunch bags strewn around the studio began to envelop him.

“I realized there was something of an art installation happening. I started making cardboard buildings and bag people. I built a bag city,” John says laughing good-naturedly. “That inspired the music. I started to hear the music that would play in this bag town.”

Ironically, this imaginary world liberated John and Valerie to explore the music that’s been close to their heart since the beginning—a mélange of Funk, R&B, and Soul.

Bagtown is a thoughtfully crafted album of nine songs culled from 33 newly penned tracks. Aesthetic touchstones include the sophisticated harmonic structure of Coltrane pianist McCoy Tyner and Steely Dan, the infectious hooks of classic ‘60s and ‘70s soul, the bass-heavy grooves of P-Funk and James Brown, and the sumptuous vocal arrangements of Manhattan Transfer.

This is the album Nu Shooz dreamed of making in the late 1970s. Bagtown exists under a chordal backdrop that sets a unifying mood. Within this vibe, Nu-Shooz explores the percolating funk of “The Real Thing” and “Soul Cushion,” the Go-Go-tinged “Way Outside,” the neo-soul slow burn of “Tell Me A Lie,” and the campfire balladry of “The Rail I Ride,” among other musical bags…pun intended. Throughout, John shines as a masterful funk guitarist capable of conjuring the greasy simplicity and intricate fusion architectural work that color the songs with subtle elegance. On Bagtown, Valerie gets the opportunity to showcase the full breadth and depth of her artistry. Vocally, her range encompasses sass, sultriness, and a sensitivity best experienced on her unforgettable performance on “The Rail I Ride.”

Hollywood couldn’t conceive of a more beautifully strange plotline—two teenagers thrust together by chance become soul mates and superstars. “I said to John yesterday, I have deeper appreciation for all we’ve gone through—I can’t believe how fortunate we’ve been—we couldn’t have imagined or planned this,” Valerie says. “I won the lottery. I met someone I really liked, and we managed to combine luck and hard work into a life I really love.”

Today, their wonderfully twisting journey is immortalized by “I Can’t Wait” – it still plays somewhere on Earth every eleven minutes. 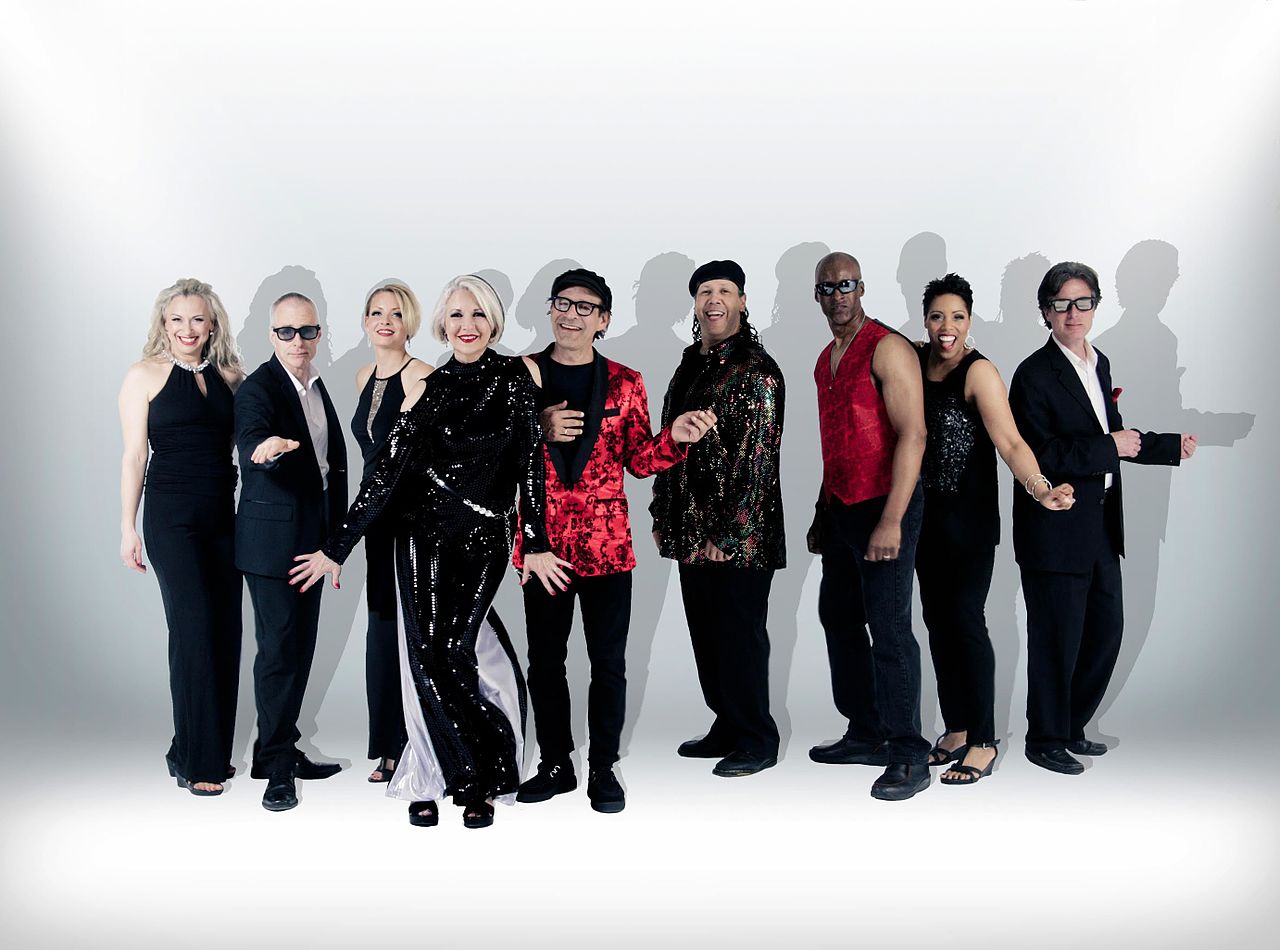