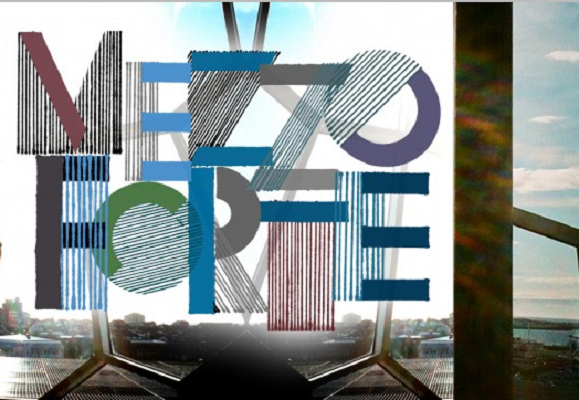 Eythor Gunnarsson Keyboards
Born in Reykjavik, Iceland, in 1961 Eythor started playing the piano at an early age, taking private lessons on and off until the age of 12. After a brief detour into trumpet lessons,he acquired a YAMAHA organ (like the one Chick Corea used to play) and the course was set for a carreer as a keyboardist. Early influences included rock groups Deep Purple, Led Zeppelin and Gentle Giant. School friend Fridrik Karlsson introduced him to the music of Chick Corea’s Return To Forever, Weather Report and other fusion greats, and the two youngsters soon teamed up with bassist Johann Asmundsson and drummer Gulli Briem to form Mezzoforte. After graduating from college in 1981, music became a full time occupation, Mezzoforte being the main interest, but session work with various pop artists providing the income. The success of his composition Garden Party in 1983 opened up a world of possibilities for Mezzoforte who have toured extensively in Europe and Asia ever since. In recent years the acoustic piano has become Eythors main instrument and collaborations with many of Iceland’s leading jazz-musicians have made him the most recorded sideman in Icelandic jazz-history. He has also played with many visiting jazz musicians in Iceland, including Frank Lacy, Jens Winter, Mads Vinding, Doug Raney, Tommy Smith and others. In 1991 Eythor toured with American singer Randy Crawford. Other musical activities include record production and arranging for many of Iceland’s top pop artists. Eythor has received several Icelandic Music Awards both as a Keyboardist and Jazz- Musician.

Jóhann Asmundsson bass
Born and raised in Reykjavik Iceland, Johann started playing the bass in his early teens and at age 16 formed the group Mezzoforte with three of his friends. Since Mezzoforte turned up on the international music sceen in 1983 the band has toured extensively, appearing in concerts and festivals in 35 contries to date. Johann is truly the driving force behind the sound of Mezzoforte and the band’s 12 records provide an overview of his versatile playing, from his energetic slap style, to bouncy solid fingerstyle and lyrical fretless bass.
Johann released his first solo recording, titled So Low, in 2001
As well as touring and recording with Mezzoforte, Johann has worked with many of Iceland´s leading musicians in various styles and he is a regular member of the backing band for the Reykjavik Gospel Choir. He is also a faculty member at the Jazz Department of The Icelandic Musicians Union´s college of music.

Sebastian Studnitzky trumpet/keys homepage
Sebastian Studnitzky is one of Germany’s most engaged Jazz musicians. His sound and the phrasing on the trumpet and the piano are so warm and balanced, his emotionally straightforward play being centred in such a specific way while also doing without any fishing for effects. This makes him an internationally demanded sideman for Nils Landgren, Rebekka Bakken, Mezzoforte or Wolfgang Haffner.
After all the countless tours and festival appearances worldwide, the multi-instrumentalist has now taken the time to formulate his own music. He managed to create a wonderfully intense album which is simply called “TRIO” and which brings his special abilities to a head. The Jazz critics and feuilletons receive him enthusiastically. “ A really great musician, who audibly doesn’t need to prove anything”.
The lustful creative search for organic tone colours and samples has stamped his play. For him it’s more a matter of reduction or the creation of meaningful distillates than squeezing as many notes as possible into one solo.
Here the best of Jazz and Pop will be combined – risky organic solos and current airy grooves, beneficial creativity and hooking abstractions. And all of that in a very charming and amazingly honest way.

Bruno Müller guitar  homepage
Bruno Müller is one of the hardest working Guitarplayers in the Jazz- and Soul/Funk/Fusion-style in Germany.
Born 1969 in Cologne he picked up the guitar at the age of 13, starting with the akkustik, singing Paul Simon- and Beatles-songs with his schoolmates. Little later, through his cousin, he was introduced to the music of “The Crusaders“, George Benson, George Duke and “Level 42“,  a few of his main influences.
So Bruno decided to play Guitar for a living and studied Jazz-Guitar at the “Hochschule für Musik“ in Cologne, took lessons with Peter O’Mara, Scott Henderson and Peter Bernstein. But beside going to school, he was always on the road playing in local soul-coverbands and later on, goin’ on tour with artists like Gloria Gaynor, Jennifer Rush, Weather Girls and Udo Jürgens. In 2001 he also played in the band of the german late night TV show “TV-Total“.
With his Jazzquartett “Café du Sport“ he won the Hennessy-Jazz-Award, followed by a lot of work with Jazz-Greats like Till Brönner, Joe Sample, Charlie Mariano, Jeff Cascaro, Wolfgang Haffner and many others. 2006 Wolfgang Haffner recommended Bruno for the vacant guitarposition of the legandary icelandic Fusionband “Mezzoforte“ and because he fits perfectly, Bruno is a fixed member of that band since then

Jonas Wall saxophone homepage
Jonas Wall lives in Stockholm, Sweden with his family. Jonas has worked as a reed player since early age. He’s been touring and recording with artists and groups like Nils Landgren Funk Unit, Crusaders, Mezzoforte, Brian Wilson, Bill Champlin, Magnum Coltrane Price, Frank McComb among others as well as producing projects with other musicians.
The E.P. “getting there” (JRCDA003) is the debut release from Jonas Wall.
The full length album is to be released in a near future.His music is an eclectic mix of Jazz, Funk, Urban-soul.
“This is a dream come true, playing music together with a band like mezzoforte which I grew up listening too is truly an honor and a recognition for me”