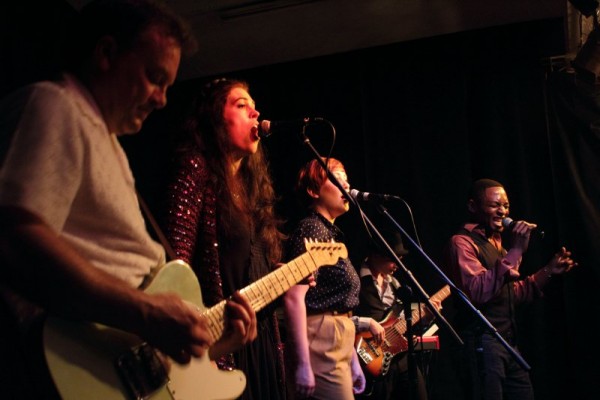 Featured Artists Wednesday 14 August 2013 will be –

Freeman Street is a Cardiff-based band with a distinctly modern take on classic disco, soul and funk.

Freeman Street’s lead singer is the incredible Wade Collymore. Born and raised in Freeman Street, Georgetown, Guyana, Wade came to South Wales to study music, joined the band and liked it so much he stayed!

Freeman Street is a polished and dynamic live act. We’ve been gigging regularly once or twice a week since January 2012. Before that we worked as a covers band for about three years, playing the kind of vintage disco, soul and funk classics which inspired our own songs.

We have played all sorts of venues ranging from the tiniest pub to open-air gigs in front of 15,000 people. We have played support slots at The Globe, Cardiff, to touring acts including Geno Washington and DJ Craig Charles. We’ve also done several live sessions on local radio stations and two well-received sessions for Alan Thompson on BBC Radio Wales.

In recent months the band has ventured further afield and played gigs to rapturous receptions in Bristol and South East England.

We were Welsh Artist of The Week on BBC Radio Wales (1 – 7 July),  where our song Could You Love a Man? was played day and night on various shows. We also played a live session on Louise Elliot’s evening show.

We’ve built up a loyal following around South Wales. Now we’re ready to take on the world.