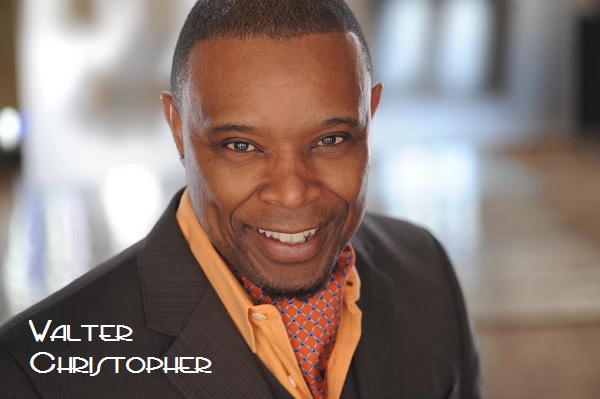 Few performers are as versatile a Singer/Songwriter as Walter Christopher. Mr. Christopher can slide effortlessly from playing an R&B gig to a sanctified gospel church to a swinging jazz club. A Harlem native, Walter is affectionately known by his fans, as “Walt Chris”. He is well respected for his performance skills and trademark vocals. Walter has opened for Kem, Lyfe Jennings, Leela James, Vivian Green, Oleta Adams, En Vogue, Fat Joe, Diahann Carroll, Boys II Men, Keith Sweat, Kenny Lattimore, Allyson Williams, Mikki Howard, Jon Lucien, Marion Meadows, Donald Harrison, and many others. His amazing talents have taken him on many tours nationally and internationally. Walt’s signature vocals have also been showcased on several TV and Radio Commercials. He was featured on the HBO special “Back in Da Hood,” where he co-wrote, performed and produced the song “Yesterday”. One listen to Walter Christopher and you will hear the voice of a legend. He is a Balladeer by choice and sings and writes with the soul that has been missing in today’s music.

Walter was nominated for SoulTracks Reader Choice Awards Best Male Vocalist and Chris Rizik, Founder of SoulTracks.com says, “Walt Chris is a new singer with an old soul. His smooth style could have fit just as well in 80’s as it does now, and he has the voice to make it all work just great.” Mecca, Programming Manager for Music Choice said, “Walter Christopher is True R&B!” Soul music lovers and aficionados got the opportunity to experience Walter’s live show at several venues throughout the U.S. including the world renown Blues Alley in Washington DC and the Blue Note in NYC, the acoustically phenomenal New Jersey Performing Arts Center, NY’s Live at Best Buy Stage and the legendary Frank’s Lounge in Brooklyn, NY.