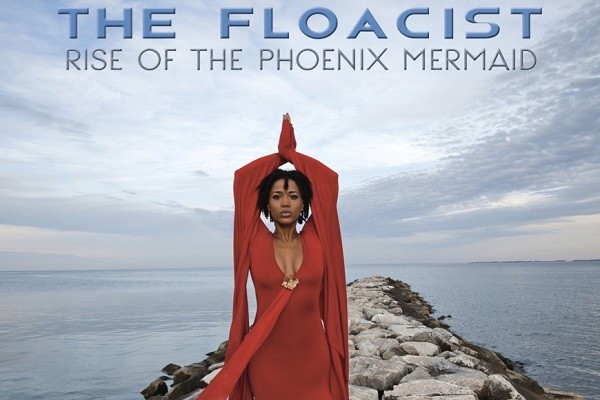 Stewart attended Brit School for Performing Arts & Technology, where Ambrosius studied business and finance. She also majored in Performing Arts, Media and Art. Stewart also attended Middlesex University in London, but later transferred to North London University. Stewart was a founding member of the performance poetry group 3 Plus 1, which was rising to critical acclaim throughout London, Birmingham, and Manchester.

After inviting Ambrosius (her colleague) to join her on stage to perform at a spoken word night, where they debuted a piece that they had written together called “Fantasize”, combining spoken word and singing, Floetry was born.

In 2000, the duo travelled to the United States to perform on the poetry circuit. After frequenting spoken word/poetry spots in Atlanta, such as Yin Yang Poets’ Cafe, they moved on to Philadelphia. There they met Darren ‘Limitless’ Henson and Keith ‘Keshon’ Pelzer of DJ Jazzy Jeff’s Touch Of Jazz studio and began recording.

In 2002, they signed with DreamWorks Records and released their debut album Floetic, which featured the singles “Floetic”, “Say Yes”, and “Getting Late”. The album was also released in the UK with additional tracks, one of which featured the British singer-songwriter and record producer, Sebastian Rogers.

In 2005, Floetry released Flo’Ology, their second studio album. It debuted at number seven on the US Billboard 200, and included the single “SupaStar” featuring rapper Common.

In 2006 the duo parted ways, and Stewart went on to launch her production company Free Sum Music.[1] In 2008, she appeared in the movie “Reasonable Excuse” as “Laila”.[2]

In mid-2010, she released her extended play “Spoken Soul”. In November 2010, she released her first solo album, Floetic Soul on Shanachie Records. The album chart at number 95 on the Billboard Top 200 Albums chart and number 20 on the Top R&B Albums chart.[3] The album also spawned the singles “Forever”, “Let Me”, and “Keep It Going”. In 2011, Stewart began recording her second album. In August 2012, she released a re-made version of her duo’s (Floetry) hit song “Say Yes”. Stewart released her second album “The Floacist presents Floetry Re:Birth” in November 2012 and has stated that its title and theme represent a celebration of the Tenth Anniversary of Floetry’s initial breakthrough as a recording act.[4]

The Rise of the Phoenix Mermaid

So The Floacist releases The Rise of the Phoenix Mermaid, a solid 13-track album that touches on topics ranging from love and romance, female empowerment, commentary on the debilitating effects of materialism and sentimental yet eloquent musings on the wisdom of the family matriarch and motherhood.