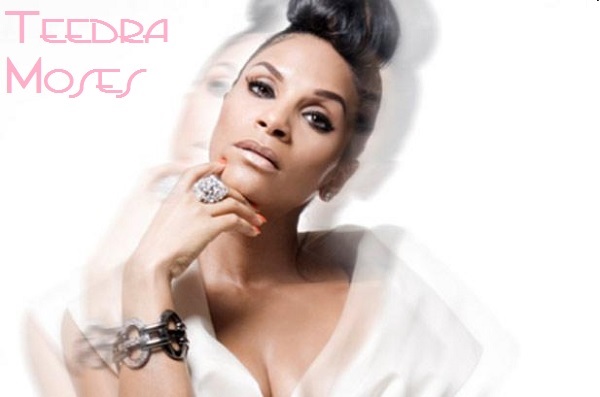 Teedra Moses will be at KOKO in Camden 27th February 2014

The task of any great artist is to create days of future past, to make memories that will be looked back upon one day with fond nostalgia. Heartfelt songs that invoke love, play, heartache and reconciliation tend to stand that particular test of time when it comes to R&B music. Singer/songwriter Teedra Moses’ debut album Complex Simplicity passes that test with flying colors. Complex Simplicity harks back to the sassy, playful 1980s tunes of Cherrelle while blending in Teedra’s own new millennium brand of soul.

Teedra was born in New Orleans, spending much of her young life there before moving to Los Angeles with her mother following her parents’ separation. As a youth, she was inspired by her own mother, a successful gospel singer on the church revival circuit in the South, and attributes her pursuit of a singing career to the artistic culture in L.A.

Influences from both cities went into Complex Simplicity, a labor of love and the realization of a lifelong dream for Teedra. “Some things you feel you have to stick with, [but] it doesn’t give you any fulfillment,” says Teedra. “With singing, creating music gives me a fulfillment that I knew I wouldn’t find in anything else. So I just decided to stop short in styling and start pursuing music.”

Best known for his production on Black Eyed Peas debut single “Joints & Jam,” producer Pauli Pol was referred to Teedra by a mutual friend as she prepared to put behind her days as an assistant stylist to the stars in pursuit of her singing dream. “[Pauli] did the entire album with me because I wanted it to be something really personal and a union, like a marriage, not all over the place,” says Teedra.

Artsy perhaps, but never pretentious or affected; that’s just not Teedra’s style. Having transcended humble beginnings writing brand-new lyrics to favorite songs (“I started out writing over [Prince] music that I liked, but then I started to just write songs and make the music in my head”) and emceeing at family home comings, Teedra has found her voice and is more than prepared to share it with the world.