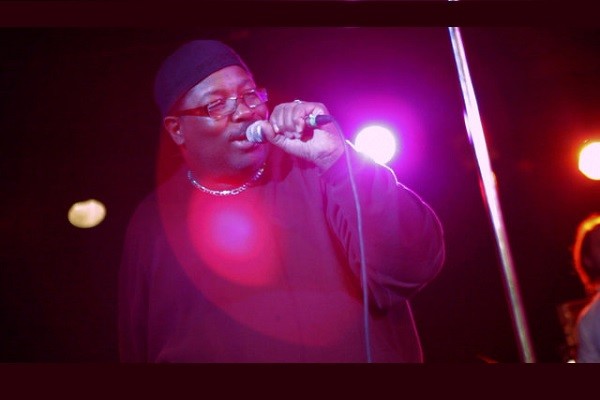 Steve Arrington is a singer, songwriter, drummer, record producer, engineer, and minister. While he was away from the game for a while, he’s back and once again, pushing the envelope. Known for his innovative vocals on such classics as “Watching You” and “Just A Touch of Love,” with Slave, as well as his solo work like “Weak at the Knees”, “Way Out”, “Feel So Real” and “Nobody Can Be You”, his songs have been sampled by the likes of Jay-Z, Jermaine Dupri, Tribe Called Quest, De La Soul, Snoop, LL Cool J, Mariah Carey, and N.W.A. His music also helped create the blueprint of 90’s west coast g-funk music along with Zapp and George Clinton.

Music has always been part of Steve Arrington’s life. Born in 1956, to Dan and Lillian Arrington, in Great Lakes, Illinois, the family soon returned to their hometown of Dayton, Ohio; where Steve grew up listening to the music his family played on the radio and record player. (Aretha Franklin and Marvin Gaye were in heavy rotation back in the day.) Before he could read, he could identify the requested record by the colors on the label and operate the record player. By age, five he was playing drums on pots and pans. When he was about seven years old, his grandparents bought him his first drum set, a blue sparkle set of Slingerlands.

By age thirteen, Steve regularly played in the Dayton Battle of the Bands which led to gigging regularly in the Dayton area. One band, the Soul Illusions and Eluders, opened for major acts such as, The Five Stair Steps, Rufus Thomas, and Jerry Butler. By his senior year in high school, he played with a band called the Young Mystics, from which came several original members of Slave.

In 1975, Steve began touring the states with a lounge band called The Murphy’s. In 1977, Steve moved to California and studied Latin percussion and drumming with the Escovedo family (Coke, Pete, and Sheila) which led to a tour that featured Carlos Santana on guitar.

He returned to Dayton in 1978, to join Slave, as drummer and eventual lead singer for four albums (“The Concept,” “Just A Touch Of Love,” “Stone Jam,” and “Showtime”). Steve witnessed the birth of hip hop first hand, as artists like The Sugarhill Gang and Grandmaster Flash opened for Slave on the “Just A Touch Of Love” tour in 1979.

In 1982, Steve formed the innovative funk band, Steve Arrington’s Hall of Fame for two albums, “Hall Of Fame I” and “Positive Power”, released on Atlantic Records. After his conversion to Christ in 1984, during the making of Positive Power, Steve did three solo albums for Atlantic: Dancin In The Key Of Life (1985), The Jammin National Anthem (1986) and Jam Packed (1987). “Dancin In The Key”, spent three weeks at #2 on the dance charts , while, “Feel So Real’’ reached #6 on the UK Singles Chart.

Steve was nominated for the 1986 NAACP Image Award for Male Artist of the Year. According to music editor Scott Galloway, Steve paved the road for groups such as Sounds of Blackness and The Winans to walk the line between gospel and secular soul. In 2000, Steve won a Grammy via participation for the Hit Single, “Money Ain’t A Thang”, performed by Jay Z and Jermaine Dupri (utilizing a sample of Steve’s hit “Weak At The Knees’’.)

In 1991, Steve stepped away from the recording industry altogether, devoting his life to spirituality. He continued to study music, from gospel to jazz, classical to blues, electronic to world music, and Latin to hip hop.

Steve was keynote speaker at the People of His Presence International Praise and Worship Conference, with Rev. Derwin Ward, Martha Munizzi and Vicki Yohe. He was keynote speaker and taught at several Tri-State Praise and Worship Conferences in Cincinnati, Oh. He also played drums on “Let’s Have Church” and “I Give You Jesus”, from the Evangelist Network Video Series, with executive producer Don Gessner. In  December 2005, Steve played drums for the Hope For The Nations Tour to Cardiff, Wales, London, England and Amsterdam, Holland. In 2007, Steve traveled to Matagalpa, Nicaragua, and some surrounding villages, where he was able to minister and spend time with the band, Esperonza.

This fusion of spirituality and musical study resulted in the 2009 self released “Pure Thang”, In it, you hear the discovery of new ideas mixed with the musical legacy of those that came before him.

This lead to Steve signing to Stones Throw Records and the 2011 release of the Maxi Single, “Goin Hard”, on vinyl. Currently, Steve is touring with a new band, as well as, doing dates with artists like DJ Quik and Q Tip, who are more than up for the idea of sharing the stage with someone who influenced and inspired their careers. Steve is working on new material, for a yet to be titled album, to be released in 2013, as well as music for a film score. A new chapter is upon us.