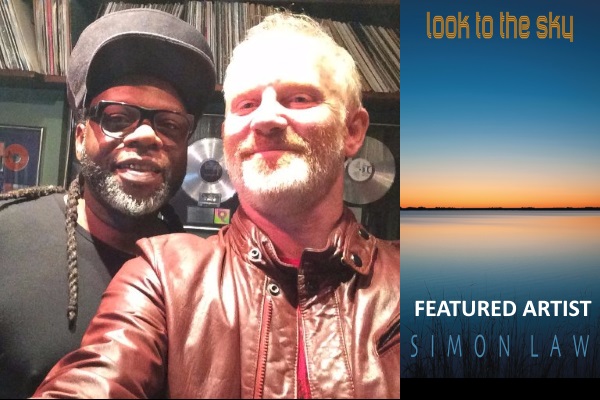 Look To The Sky – Simon Law

Stunning debut solo album from Simon Law, one of the UK’s finest producer/writers, who has been a key part of the Soul II Soul family. As well as co-writing their Grammy-winning songs “Back To Life” and “African Dance”, and being involved in all but one of the band’s albums, Simon has also worked as a producer, writer or remixer with, among others, Chante Moore, Brenda Russell, Maxi Priest, Johnny Gill, George Michael, Masters At Work, Duran Duran and Shabba Ranks. “Look To The Sky” sees him reunited with Soul II Soul’s Caron Wheeler on the uplifting “Morning Love” and with Maxi Priest on “Sunshine Girl”. Among the many other highlights are the Nadine Sutherland-vocalled “Love Comes Back To You” and Chante Moore guesting on “Higher”. Release date: June 23 2017