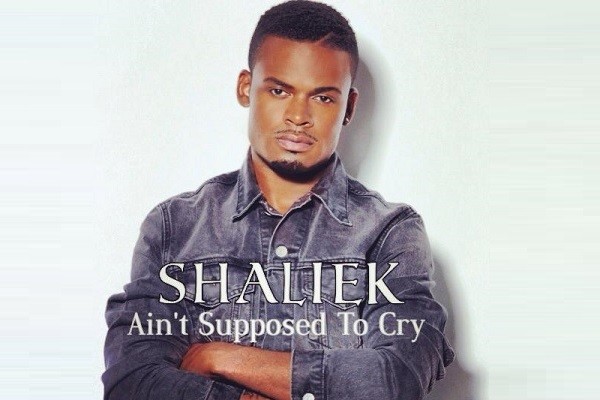 Born and raised in the Bronx, New York, Shaliek embodies the establishment of a fresh vibe with classic soul. With influences from legends Stevie Wonder, Donnie Hathaway, Michael Jackson, and Sam Cooke, Shaliek’s sound is one filled with old school passion, yet capturing new age flavor. Shaliek comes from a musically driven family. His father plays the drums and his mother is a singer. These elements served as the early roots for Shaliek’s love for music. As time went on, his love and passion for music continued to grow as he won countless school talent shows. He also won multiple times at “Showtime at The Apollo”. It wasn’t long before industry notables started to take notice, culminating in Universal Records signing him to a record deal. Immediately, he was put to work collaborating with music heavyweights Alicia Keys, Bryan Michael Cox, The Underdoggs and Jimmy Jam and Terry Lewis just to name a few. “I remember dreaming of working with Jimmy Jam and Terry Lewis and the next thing you know I’m in the studio with these guys working on my debut album. It was magical”, Shaliek recalls. While the anticipation of the upcoming album began to build, Shaliek had to face an unexpected hurdle. A strained relationship between his close team members made it very difficult for Shaliek to fulfill obligations with his record label, resulting in the album never seeing the light of day. “I felt like everything I worked so hard for was suddenly taken away from me. I remember feeling lost”, he adds. Always one to roll with the punches, Shaliek decided to focus on his other passion, songwriting, and he teamed up with fellow East Coast penman Cashus C.R.E.A.M. and Derrick Thompson, former VP of Sony BMG, and formed the renowned songwriting team, The Hitterzz. The Hitterzz have coined hits for DAY26, Jordan Knight and many others. Though successful with his songwriting team, Shaliek’s passion for performing music never died. He decided to pick up where he left off. “I owe it to myself and the people that were riding for me and supported my every move. This is for us”, he cheers. It wasn’t long before Shaliek caught the attention of renowned music executive Ruben Rodriguez. Ruben saw something special in this young artist and immediately signed Shaliek to his label, Pendulum Records. “I’ve never felt so understood and taken care of as an artist. Everyone at the label is so supportive, Ruben’s passion for music runs parallel with mine and he’s an honest and savvy business man. What more can I ask for?” added Shaliek. Under the watchful eye of Ruben and Pendulum Records, Shaliek completed a soulful EP entitled “Blood. Sweat. Tears. – Part 1”, which will be available digitally in early April. The first single “The Past” available now at iTunes. Shaliek is managed by Ruben Rodriguez at RAM Talent Group: ruben@rubenrodriguezentertainment.net