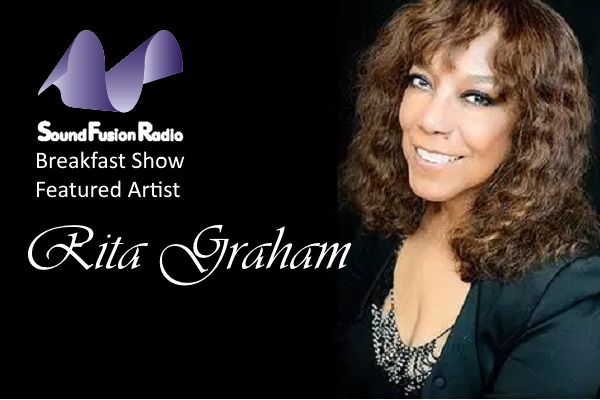 Legendary jazz, blues and soul singer Rita Graham was born on October 16 near Charleston, Virginia. She grew up in Detroit, where her father ran a barber shop/beauty parlor that featured a rather unforgettable jukebox. Her mother, a jazz pianist, also exposed Rita to a wide variety of performers and styles.

Rita has performed with great musicians such as Ray Charles, Harry James, Kenny Burrell and jazz greats such as Oscar Peterson, the Duke Ellington Orchestra and Mercer Ellington to name a few.

In her late teens, Rita moved from Detroit to California. Rita loved music more than anything and she knew that making music was her destiny. She finished three years of college while singing around the clubs and skipped her last year of college just to sing.

After moving to Los Angeles, California in the late sixties, Rita was approached by Lou Barreto where she recorded the UK Northern Soul Classic, Gone with the Wind is My, a song originally to be performed by the Tiara’s. Right after ‘Gone with the Wind’, she got a gig working with a Rhythm and Blues Band in Sydney, Australia. It was also in Australia, where Rita met Ray Charles.

After being one of Ray Charles’ Raelettes, she spent several months on the road opening for Oscar Peterson, Redd Foxx, and George Kirby, plus a two-year featured spot with the Harry James Orchestra, on European and Far East tours, and a series of recordings produced by TV composer Mike Post.

In 1974, she landed the role of Coretta Scott King in the documusical production of Selma. She reprised the role off-Broadway in 1983. This was also the time that comedian Redd Foxx brought Rita to Atlanta to perform scenes from the play at a Southern Christian Leadership Conference event.

Ms. Graham relocated to Atlanta in 1990 and was a featured vocalist in the African-American Philharmonic Orchestra. She also started her Sambuca stint and was known as “The First Lady of Sambuca” from May 1999 until 2009.

At present, Rita performs with several Atlanta bands and is featured with Sammy Blue and The All-Star Georgia Music Revue.