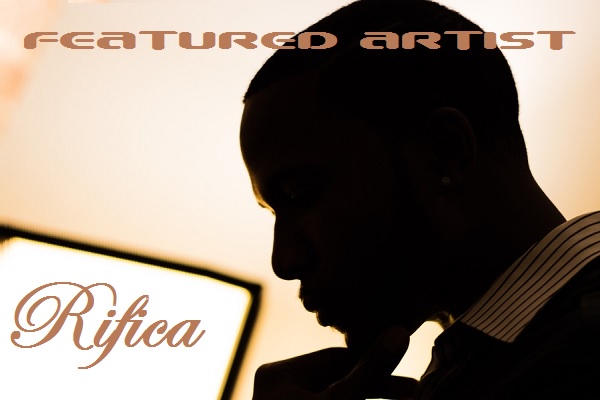 From Monday 16th May

When the Holy Spirit teams up with hip hop, it makes for a dynamic collaboration of Gospel Rap; a process RIFICA refers to as “the Holy Spirit downloading the lyrics to his brain.” This partnership in music attracts all ages of believers and non-believers the same. RIFICA showcases this spiritual encounter in each of his albums: Motivation, The Standard, and The Death of Me mix tapes. His unique style of artistry is both versatile and nonconforming. Known for his interactive “line dance” tracks, RIFICA creates a high energy atmosphere that would make anyone get up and join. Gospel Step, Gospel Wobble, and The Righteous Shuffle, are major hits in the Christian community and embrace the concept that you can have fun in the Lord, a great time in church, and that it’s exciting to be in Christ. These words RIFICA tells his supporters as he travels throughout Texas and other shows spanning across Denver , CO, Baton Rouge , LA , Myrtle Beach, SC. and St. Croix, Virgin Islands.

Prior to recording his first album, RIFICA would feature on various artist songs, with his first being with Mic D and Disciples of Prophecy on the DOP 2k3 album. Later, the successful relationship would serve as a positive force of change. After hearing from Mic D, and the industry response to his original name, MastaBalla, it was suggested he choose a different alias. In that moment God brought the name to remembrance and it’s meaning to the acronym RIFICA (Righteous In Faith InCrease Abundantly). This modification would eventually develop RIFICA’s brand and shape him into the artist he is today. Since then Rif , is proud to have worked with artists such as Educator, Immortal, Poetic Prophet, BSloan and Mike Dixon.

When you hear the sounds in his albums, everything from the beat to the lyrics, expect to hear real life applications. From discussing his childhood life of joint custody while growing up on both sides of the track in Houston , TX ; RIFICA’s parents divorced when he was 5 years old. Consequently, he experienced a somewhat unbalanced childhood…. Or it could be described as the perfect balance for what God planned to do in and through his life. These pastimes from his childhood including recaptures of “the college life” in The Motivation album are like stages of fragmented pieces of clay molded by the hands of the Potter.

When looking back RIFICA knows he has come a long way from his very first demo, which involved a recording of himself rapping to a homemade beat made with a karaoke machine, tuba, keyboard, and drum machine recorded on a cassette tape. He makes sure his supporters know that it wasn’t his own doing as he always says “All Glory Go to God None to me”. RIFICA recently released his third album “Fresh Manna”. His supporters should expect to receive some fresh artistry on this junior project with several hot collaborations featuring Riley,Immortal, Donovan Charles, Poetic Prophet, Virtuous and several other anointed artist. RIFICA is truly a young entertainer after God’s own heart, striving to be the standard of righteousness to a generation without a God Consciousness.

It’s not about me