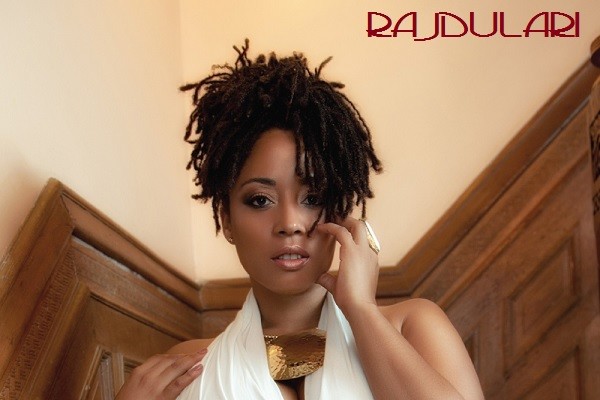 New York-based Jazz vocalist Rajdulari inspires an engaging listening experience for music lovers. Her buoyant voice vibrates with a clear and honest joyfulness; no doubt the result of her choral upbringing in the church. Although her family relocated often, she has always found a home in music. Jazz opened up an entirely new world to an adolescent Rajdulari, when she heard Sarah Vaughan’s “Shullie A Bop” and Ella Fitzgerald’s “Lemon Drop” for the first time. She became fascinated, and wanted to know every nuance of each solo, scat, and harmony. At seventeen she was offered her first gig at Ryles Jazz Club in Cambridge and found performing to be a sensation she couldn’t abandon or ignore. While attending Berklee College of Music in Boston, Rajdulari shared a stage with the renowned Bobby McFerrin. In 2010 she moved to New York City and started her own solo project. Her ensemble was nominated for, and won, Best Jazz Band at the New England Urban Music Awards in 2011, and their debut release – Honeywine – remains among Amazon.com’s Top 100 Most Downloaded Mp3s. In 2012, Rajdulari was selected by Visions Beauty Distributors to write and perform the theme song for their first annual Natural Hair and Health Expo. The single – entitled “Natural” – is featured on her upcoming sophomore album, Journey Of A Woman. As a member of the Boston-based, all female World Music Band, Zili Misik, Rajdulari won Boston Music Awards 2007 & 2008 for “Outstanding International Music”, Boston Phoenix Award and WFNX’s “Best World Music Band”-two years in a row; and was 2007 Winner of ROCKRGRL’s and Berklee College of Music’s “Battle of the All-Female Bands”. For Rajdulari singing is a healing and soothing activity. Her ability to share uplifting messages of confidence, empowerment, love, and hope – through song – is the most gratifying gift she can exchange.