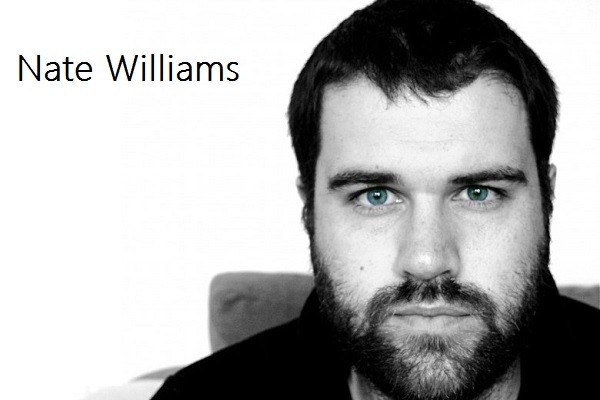 Nate Williams is a multi-instrumentalist, composer and producer, born in Bangor, North Wales. Growing up in a musical family, Nate’s love of music began at an early age. Taking part in the local brass band in Beaumaris, he had access to an array of instruments from the age of 5, trying his hand at piano, drums and tuba. Continuing this multi-instrumentalism throughout his music career, Nate released his debut album Got To Let Go, on which he plays all of the instruments, as well as arranging and producing the album. Got To Let Go, released on October 1st 2014, reached number 7 in the R&B/Soul chart on iTunes on the week of release and received glowing reviews from critics, with SoulCuts declaring “Nate Williams has delivered 2014’s best UK soul album” and Music Vein writing “I’m tipping Nate Williams for a MOBO Award next year – yes you heard it here first!”

As well as working on his own project, Nate has also been busy as a session musician. In 2014, Nate played for Eliza Doolittle, supporting Gary Barlow on his arena tour, performing to huge crowds in sold out venues such as the O2. He’s also played for Katy B, making the rounds on the summer festival scene, playing at T in the Park, Benicassim and Car Fest. In 2014, Nate also performed with the highly talented Vula Malinga, who performs on one of the tracks on his album, supporting Robert Glasper in the Hammersmith Apollo. A notable gig for Nate in 2014, he performed his own material supporting Soul/R&B artist Bilal at London’s Jazz Café. Nate has also written and arranged for Bassment Project. Alongside these projects Nate has taught at some of London’s top contemporary music colleges, teaching subjects such as Production, Arranging and Music Theory. More recently, Nate is focussing on Production, working with talented up and coming artists set to release material in 2015.