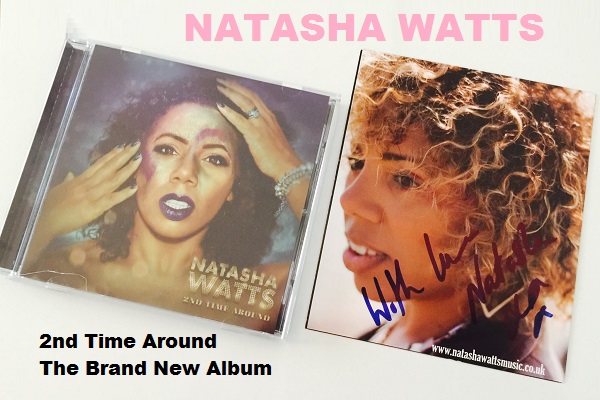 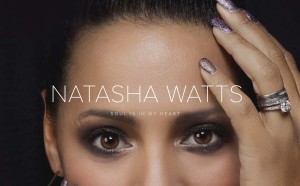 Natasha exploded on to the UK soul scene with her explosive voice with ‘Show Me’ after her first collaboration with Cool Million – featured on the Cool Million III album, which was rapidly followed up with the summer smash of 2012 ‘Back 2 U’ with producer Ric Atari – available on the Soul Seed Vol 1 album, supported with a sleek promo to match the silky tones.
The last few years have seen Natasha in demand more than ever for her vocal talents and vivacious on stage presence and many well-respected producers have elicited her formidable talents as well as various fellow contemporary songwriters (Natasha has a publishing deal with Kinetic Music) and bands from Papa Records, Reel People, Bugz in the attic’s Kaidi Tathum, SpeeNatasha Watts – 2dometer on Freestyle Records, various tracks on Purple Nervous, Barcoda and most recently as the main vocalist on a forthcoming Yam Who? EP on the cutting edge record label ISM Records. There have also been gigs at huge events around the world, including IPM, Southport, Amalfi Conference, Moscow, Croatia and Miami for Natasha, whose fast becoming the brightest (and busiest!) UK soul star.

2012/13 were and are equally busy for Natasha when she supported the legendary Betty Wright at various gigs all over the country from Blackpool Soul to the Southport Weekender among many others. It was Natasha’s second consecutive appearance at the Southport Weekender too, something of a rarity for an artist. There are also future collaborations in the pipeline of house music with some of the biggest names including Josh Milan, Kerri Chandler, Dawn Tallman Manoo, Black Coffee and Tribe Tony Humphries Music as well as Remi – aka Neil Pearce, Ziggy Funk, a duet with Lifford and also Mark Evans and Michelle Weeks

In September 2013 ….. Natasha was nominated for The best new soul act Soulsurvivors magazine …. Natasha won by a clear mile ………. This was voted for by the public and is a clear indication of how much she is loved ! This was to be the starting point for all of Natasha’s dreams to start coming true!

February 2014 saw the much anticipated release of Natasha’s first solo album , This was met with amazing support from the Uk and far beyond, With 3 number 1’s off the album and countless radio stations supporting the tracks including Jazz FM making the album ( album of the week) !

Natasha has been able to tour and P.A the tracks all over the world, Two sell out shows at the Jazz cafe London performances at The Montreux Jazz festival Switzerland and lastly touring the Uk with the Empress of Soul Ms Glady’s Knight completing 7 shows to over 30,000 people including The Royal Albert Hall London !

Natasha is in the last stages of completing her follow up album due for release April 2016 , Natasha has gone back to Germany and the Sedsoul Label with Rob Hardt producing the new album , Early indications are that this album will be another belter with Natasha writing all her song again and working with a couple of her favourite Uk artists to add a slightly different sound than before, watch this space for more info .

2016 looks set to be another bomb, Natasha is also doing her first Uk solo tour from London to Manchester Newcastle and Birmingham … So be sure to catch her at a venue close by soon.