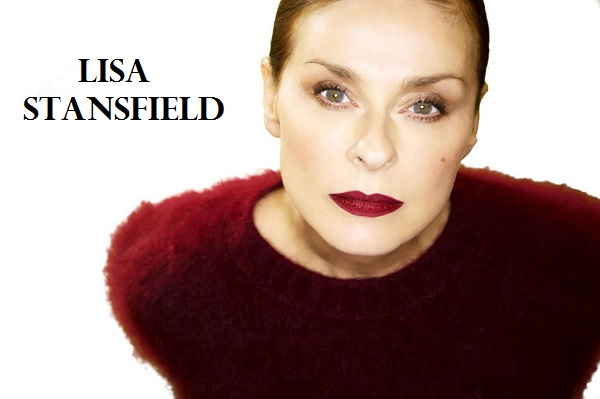 In the late 80s and throughout the ‘90s, the Lisa Stansfield was the coolest pop star on the planet. Her seductive, soulful vocals and timeless dance-pop songs saw her top the charts on both sides of Atlantic, duet with George Michael and Queen, win multiple Brits and Ivor Novello awards and feature on The Bodyguard, the biggest-selling film soundtrack of all time.

Four of her albums were international hits, selling more than 15 million copies and spawning over 20 hit singles, yet Stansfield was never interested in fame. The Adele of her day, she made only the music she wanted to make, didn’t try to keep up with trends and took her career at her own pace.

In the Noughties, she took her foot off the pop pedal to concentrate on acting. With roles in The Edge Of Love, Miss Marple and Goldplated. Stansfield also dipped her toe in to theatre, making her stage debut in the acclaimed West End production of The Vagina Monologues, with Anita Dobson and Cecilia Noble.

In 2004, she released her sixth, studio album, The Moment, produced by Trevor Horn. A greatest hits collection, Biography, reached No.3 and was subsequently certified platinum. Stansfield sold out her first UK tour in years, including a date at London’s Royal Albert Hall, and explored her love of jazz during a residency at Ronnie Scott’s, a recording of which was released on DVD.

2013 will see Stansfield return to a limelight she can take or leave, but keeps calling her back. A set of soul songs written and recorded with her husband and long-term musical collaborator Ian Devaney will be released as her seventh album in the spring and preceded by a full UK tour featuring members of her original band.

Stansfield’s love of her soul and teen years spent singing in clubs where she got her break winning a Manchester talent contest aged 14, stood her in good stead for her biggest film role to date. Indeed it’s hard to think of a better fit for eagerly-awaited, upcoming British music film Northern Soul, the first full length feature directed by award-winning photographer and documentary maker Elaine Constantine.

Stansfield was approached by Bury-born Constantine to play the part of the lead character’s mother more than four years ago.

“I’ve known Elaine for ages – she grew up in the next town to me,” says Stansfield. “It was sort of a given that I’d be in the film, although only when I saw the script did I discover I was to be the naggy old mum! It’s a new role for me because I don’t have kids, but I enjoyed bossing my son, Elliott [James Langridge], around. And I get to shout at my dad, Ricky Tomlinson, which was fun.

“The film looks incredible, but I knew it would. Elaine has wanted to make a film about Northern Soul since she was 14. She says she doesn’t know what she’ll do with her life when it’s finished, but when the film wins lots of awards, she’ll make another one. Well, I hope she does cos she’s a great director. Her attention to detail is stunning and the emotion she captures is amazing.”

2013 is proving to be the most exciting year yet.