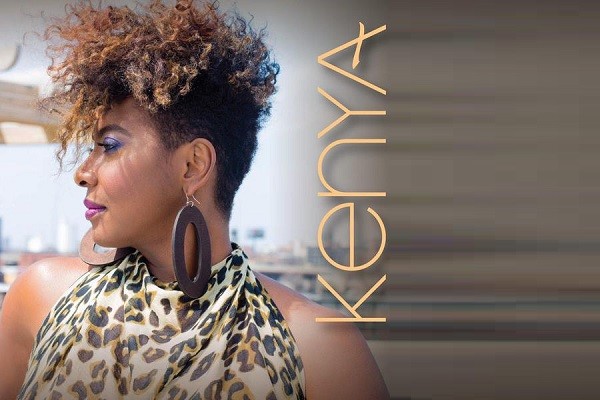 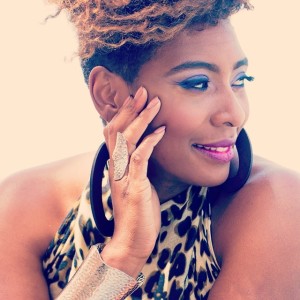 Kenya is a richly inspired vocalist/songwriter whose jazz-kissed soul style is wooing admirers simultaneously in the U.K. and U.S. Ironically, her lyrically captivating compositions almost never made it to the ears of the public. Kenya’s life roles as wife and mother of two sons plus working for over a decade as a clinician and educator nearly eclipsed her vision of herself as a viable artist bearing valuable musical gifts. Now—thanks to her reinvigorated relationship with God, the support of her loving husband (a surgeon) and counselors that cosmically expanded her viewpoint on life purpose—Kenya shares her first full-length CD, My Own Skin (Expansion Records). Time invested finding herself has resulted in songs informed with wisdom first gleaned for self that will be balms of insight and comfort for others.

“There are many layers to me and spaces within me,” Kenya shares. “My Own Skin is about the importance of being yourself. For me, that means as a woman and as an artist. In the music business today, vocal identity is almost non-existent thanks to technology, production and artists trying to copy cat what’s happening on the as awe-inspiring as Lalah Hathaway or as pure and simple as Gretchen Parlato.”

As an `80s kid that melded the Jazz from Billie Holiday to Grover Washington, Jr. that her drummer father sat her down to study, the Soul music of Minnie Riperton and the Jackson 5 she gravitated to young, and the Top 40 of the Police and Robert Palmer that she rocked out to from radio and videos, Kenya’s musical vocabulary is broad and spoken fluently throughout My Own Skin.

The U.S. lead single “Let Me” represents Kenya’s danceable side singing an open invitation to let her give you joy (video shot in Los Angeles features Amin Joseph of the hot “Zane Chronicles” and “Transparent” TV programs). “Be Here” is a romantic duet produced by and featuring twin brothers Kloud 9 (Kendall and Kelvis Duffie) that bursts into your ears with unmistakable guitar vibe that Ernie Isley brought to his brothers’ gemstones (it peaked #28 Urban AC Billboard, #2 on the UK Soul chart and remains in rotation on Sirius XM’s Heart and Soul channel).
“Make U Smile” is another soulful relationship duet, this time with Brandon McKenzie. And Kenya brings a seductive touch to “I Can’t Help It,” her second take on Michael Jackson’s classic (remixed by Othello who’s worked with Maxwell) penned by former Supremes member Susaye Greene with the legendary Stevie Wonder (video stars Malik Yoba, recently seen on “Empire” Season One).

“Stevie Wonder is my Jesus of music,” Kenya confesses. “I’ve been listening to him since I was 5. His music is very accessible when you first discover it. As you grow older and peel back the layers, you start to relate to his work in different stages of your life. I love how he tells stories, getting you to navigate what he’s sharing without making everything plain.”

Kenya picked up on Wonder’s vision with numbers that require listeners to dig deeper. One is “Wednesday Girl,” a single that peaked at # 2 on the UK Soul chart. “I originally wrote it as ‘Wednesday Love’ but got bored with the idea of simply falling in love. Then my producer sent me an unorthodox track switching from major to minor keys that could only work in a jazz context and for a darker, quirkier story. That’s when I got the idea to write about some WRONG LOVE and switch ‘Wednesday Love’ to ‘Wednesday Girl.’ I’d been watching ‘Scandal’ and ‘Being Mary Jane,’ relating that to my experiences and wondering, ‘Why are we always the side chick?’” Kenya busts spoken word and transcendental vocals here.

Equally intriguing is “Mirror” with its soft to loud dynamics and rock edge. “I wrote this song inspired by a girlfriend who was having a moment. As women, married or single, we often let life situations carry too much weight in validating who we are. We should place more value on our purpose and who we are inside. I first wrote it as an acoustic guitar ballad but I needed it to feel fiery not sappy. One day I jumped out of bed thinking, ‘I know-I’ll make it a rock song’ – in the style of John Mayer’s ‘Assassin.’ My drummer Chuck Lacy and I co-produced that one. My father, Calvin McGuire, was once a drummer – he played with Marvin Gaye in D.C. way before he got famous. That’s why a lot of my music is so percussive.”

Deepest of Kenya’s catalog is “Brown Soul,” produced by Khari Cabral Simmons (with partner Darren Benjamin), and inspired by the tragedy of Trayvon Martin. “At first I wanted to write something to console his mother,” she shares, “but after even more incidents happened across the country, I felt as if the spirits of all those young Black boys were crying out for us to do something. There was so much I wanted to say. I’m the mother of two African American boys. My oldest knows no fear though I teach him to always be aware of his surroundings. I shared all of this with Khari and asked that he focus on the bittersweet guitar-oriented sound of women like Wendy & Lisa, Alana Davis and Emily King. The music he came back with had me crying just listening to it…exactly what I needed to wrestle with my thoughts and whittle them down to that song.”

Kenya McGuire Johnson is a native of Denver, Colorado who began singing at 8 and playing flute in third grade. By middle school, she was fully active in the arts as a member of advanced and exclusive citywide choirs, jazz ensembles and theater troupes. She also studied voice with Ms. Bennie Williams (who also taught Dianne Reeves before her), skills from which prepared her once to open for the legendary jazz drummer Art Blakey. While attending historical Black college Howard University in Washington, D.C., Kenya was a member of its renowned gospel choir. She graduated from Howard with a Bachelor of Science degree in physical therapy which she practiced. She later earned a Master of Arts degree in counseling and student development, becoming a counselor and educator.

Having placed music on the backburner, a profound void developed in Kenya’s life. She’d chosen fields she could excel in to make a living yet ultimately failed to feed her passion. Through one-on-one and couples counseling, Kenya learned that her life did not have to be confined to a narrow traditional space. She later embarked upon a spiritual retreat in Sedona, Arizona that positively changed her life with a vigorous shakeup—teaching her to recognize anything in direct conflict with her divine purpose as a “Paradigm Shifter.” Kenya figured out it was music she was supposed to use as a voice for the world. Vocal coach Lyndia Johnson also affirmed, “Stop praying for the money, the gig and the right musicians, and start praying for God to make the space in your life for you to be able to create your music. Everything else will fall into place.” Through that wisdom, Kenya was able to strategize her life to live her divine purpose.

Kenya released two EPs prior to My Own Skin: the self-penned Starting Over in 2010 and another covering favorite songs Jazz Made Rhythm in 2012 (both via her own KenyaMJMusic company), building fan bases both here and abroad. Her song “Starting Over” was produced by Maurice Joshua who won a Best Remix GRAMMY® for Beyonce’s “Crazy in Love.” Kenya has opened shows for Lalah Hathaway, Rachelle Ferrell and Raul Midon. Plus Kenya and family were profiled in EBONY magazine for making an unorthodox marriage mutually successful.

“My music, like me, has evolved,” Kenya concludes. “It’s very spiritual for me which is also why I connect so strong to Stevie. While I love doing music, there are zero guarantees. So as supportive as my husband is, I ultimately look to God as The One to help me. My music mirrors what I’ve had to do for my own spiritual growth—to release things, take on new things and to take a giant leap of faith.” 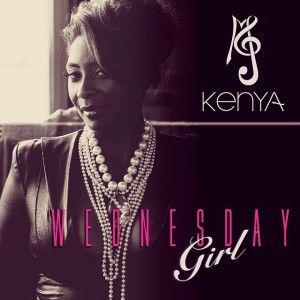