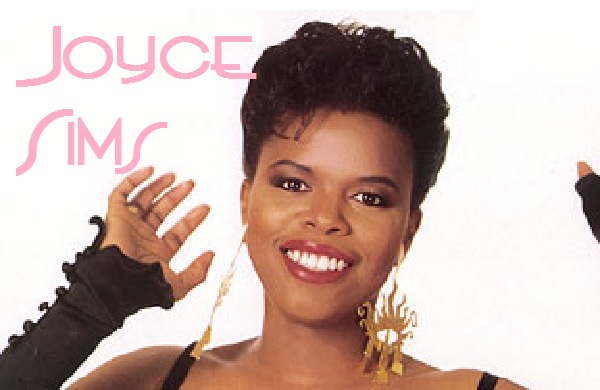 IS THE LOVELY – “Joyce Sims”

Native New Yorker Joyce Sims is musician, songwriter and vocalist who rose to fame on the strength of such club anthems as “Come Into My Life” (1988 worldwide top 10 hit reaching #7 in the UK), “All and All” and “Lifetime Love”.
Singer and, Songwriter Joyce Sims had her first hit single in 1987 with (You are my) All and All. She topped the R&B and Dance charts in the U. S., and the pop charts internationally. In the UK Joyce debut album “Come Into My Life” was certified gold. In the U.S. the album charted Billboard R&B top 10.

Joyce music has been recorded and sampled by such diverse musical icons as jazz vocalist Randy Crawford. Sampled by R&B singer Angie Stone, rapper Snoop Dogg, and featured in the film “Species.” Come Into My Life and, All and All have become club classic, and can still frequently be heard playing in the clubs and on mainstream radio.

Joyce continued touring and recording. She returned to the charts in 2006 with the the lead single “What The World Needs Now Is Love” from her “A New Beginning CD”. The single debut at #19 and climbed into the top 10 on the Billboard Club play chart.

A gifted singer and songwriter Joyce writes all her songs, and is a trained pianist. Joyce says she loves writing at the piano.

“Joyce always had a little “Edge” to her work, and a unique tonal progression, which became her signature sound.” (About.com)

Joyce performances has taken her all over the world to Germany, the UK, the Netherlands, and Switzerland to name a few. With a strong presence in the U.S., and Overseas, Joyce said, “I’m excited about my music and what the future has to bring.

In May 2012, Joyce released the EP “Running Back To You/Back In Love”, in the UK. The EP was well received at club and radio and peaked at #18 on the UK Upfront Top 40.

Joyce is currently promoting her latest single “Saving All My Love” and is recording her fourth studio album for release in 2013.