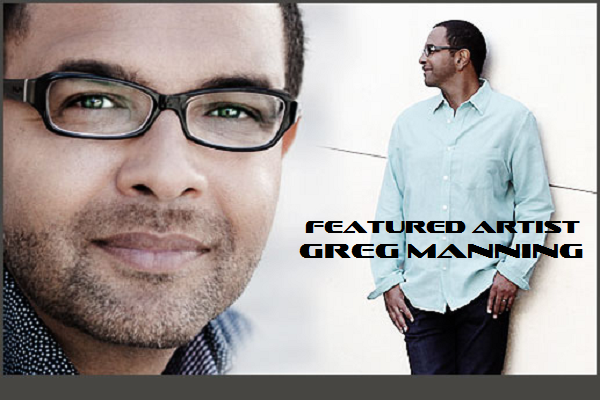 Swiss-American keyboardist Greg Manning has performed on stages throughout the U.S., Europe, United Kingdom, and Asia. Manning’s use of jazz, funk, and soul, to create simplistic yet, complex compositions, are blended with precise timbre and intricate instrumentation. They are rich in texture, and identifiably this recording artist’s distinctive imprint of Soul-Jazz.

While growing up in Zurich, Switzerland, Manning was mostly exposed to Jazz by his parents. Yet, he discovered his deep love for music only after hearing “Isn’t She Lovely” by the legendary Stevie Wonder.

He started playing the piano at age 12. Several years later, he moved to the U.S. to study piano and film scoring at the prestigious Berklee College of Music in Boston. It was during this time his break came. Manning was asked to compose the music for “Keep Cool”, the most successful and longest running German language musical. The musical led him back to Zurich, Switzerland, where he continued to compose and produce for records and television.

After spending several years in Zurich, Manning and his wife moved to the U.S. permanently. Soonafter, he made his U.S. debut as the keyboardist for the 2000 “Back At One Tour,” with Brian McKnight. He also toured extensively, for nearly a decade, as the keyboardist/music director for GRAMMY® Award-nominee, Jonathan Butler. Greg also performed with Mindi Abair, Gerald Albright, Dave Koz, Will Downing, Richard Elliot, Eric Marienthal, Chanté Moore, and Kirk Whalum, among others.

From 2003 until ’07 Greg acted as the Musical Director for all seasons of MusicStar, the Swiss version of American Idol. Over the last several years, Manning has focused more on composing and writing. He released his debut album, “The Calling”, in 2010. It features Grammy winnersKeb’Mo’, Kirk Whalum and many more guest appearances. “I wanted the project to be a great, coherent, accessible CD, Manning says, and not some disjointed thing that doesn’t please anybody fully.” This CD is a refreshing tonal palette of relevant content and masterfully crafted tunes that are a musical journey of his life experiences.

godiva – real love on valentines, and other projects

Manning has had a multi-faceted career. He is a three-time certified platinum producer for Universal Music Switzerland and has written/produced several Swiss chart-toppers (Harry Hasler’s “Saletti” and the MusicStar block buster “A Kiss Goodbye”.). He is a credited film composer for U.S. feature films “Dead Lenny” and “Restraining Order.” Manning also worked closely with composer Jan Stevens and provided additional music for network television shows “Samantha Who,” and “Scrubs” which garnered an Emmy-nomination in 2007 for “Guy Love”, which Greg arranged and performed on.

The Visual Language of Herbert Matter

Greg scored the complete sound design for “Kampf der Chöre,” which aired on Swiss TV in 2010, scored a national TV commercial for Zweifel Chips, finished the highly acclaimed score for the newly released documentary by director Reto Caduff “The Visual Language of Herbert Matter,” and wrapped up the “GODIVA – Real Love on Valentines” tour in Japan with GRAMMY® Award-winner Jody Watley. In addition Greg has scored the music for three weekly shows on Swiss national TV (G&M, Traders and Gesundheit Heute).

2014: Greg got signed as the first artist on Maurice White’s new Kalimba Music label. The album is released world-wide on July 8 as a digital download and physical CD.