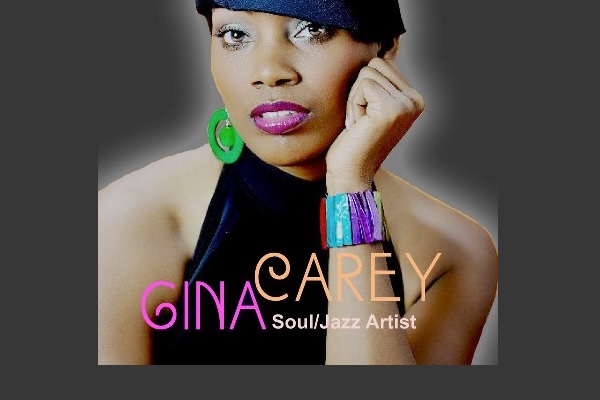 GINA CAREY  , Unique and soulful is the only words to describe writer, composer, producer, play writer/director, performer & soul singer Gina Carey. Although many have compared her to Broadway’s sensation & recording artist Stephanie Mills, she has her own sound and style that can easily be identified in all of her recordings.

Gina began her professional recording career in 1996 with her first release “In His Time” selling over 10,000 copies nationwide. In 2006, Gina was nominated by the Black Music Academy Association of America in two categories: “Best Gospel Performer – Female” and “Gospel Rising Star”.She performed at the event, held at the Cashman Theater, before a full house and won the “Las Vegas Black Music Awards 2006 Best Gospel Performer – Female” award.
In 2007, She also performed at the first Lee Bailey EURWEB awards along with other celebrity guest Tyler Perry’s “Why Did I Get married” actor Tasha Smith, & Soul/ R&B singers Marva King & Shanice Wilson. and in that same year, Gina auditioned for the Hit TV show *Showtime at the Apollo* and impressed the judges so much that she was invited twice to be a guest on the show filmed in Harlem, New York. In 2008 BET J aired her “True Love” music video on the morning Cup show.

Her CD entitled “Melodic” was the first and only CD that was all Written, Arranged, mixed & Composed by Gina. Her multi talented husband and recording artist Urban Soul Guitarist “JOHN CAREY” produced the “Melodic” CD and is also featured on this album as the lead guitarist. On August 24, 2011, Melodic soared to the #1 Spot on the UK Top 30 soul Charts & on December 8, 2011 Gina Carey’s CD ” Melodic” was named one of the Top Albums of the year 2011. She was honored along with artist such as Jill Scott, Kindred, Eric Benet, Julie Dexter, Maysa and Brian Mc Knight. Press Link  http://www.jazzreview.com/index.php/resources/new-jazz-releases/item/28523-gina-carey-makes-the-    .Her CD’s ” LOVE LETTERS”  & Love Letters 2 both entered the top 30  UK SOUL CHARTS as well.

Gina Carey was chosen as one of the 8 finalist chosen out of 90 original music video submissions. There were 4 categories in which artist would be selected, Jazz, Pop, Rock & Country. The celebrity guest Judge Panel included, Tom Baldrica, former VP Sony Music Nashville & president of Average Joe’s Entertainment, Bonnie Marquez, of Average Joe’s Entertainment, Bonnie Marquez, of GOLDENVOICE marketing in Los Angeles, CA & Marker Broadcasting talent & management. On the week of October 14th and 21st, Gina Carey’s gospel songs taken from “Love Letters” & Melodic” were both added to the gospel BBC Radio show along with many other well established Gospel and jazz artist http://mikeshaft.com/2012/10/22/bbc-radio-manchestergospel-hour/.

Gina has performed all over the United States and has shared the stage with many well known and established celebrities including 70 funk band Rose Royce, Smooth Jazz Arist Michael Paulo ,Gospel Recording artist J Moss and many others. Just recently Gina Carey performed for June Kuramoto from the 2 time Grammy award nominees Hiroshima. Her CD “Gina Carey…The Songbird” is out and radio airplay by commerical and internet Radio Stations in the US, UK and Europe . Gina Carey…The Songbird is being applauded by audiances worldwide. Gina is currently working on her new CD coming this fall 2013