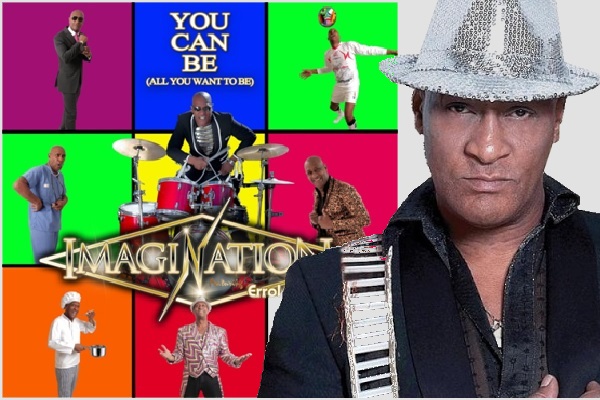 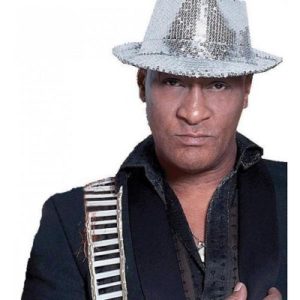 Two more hit singles followed that year, “IN AND OUT OF LOVE” and “FLASHBACK”, all from their debut album, also called “BODY TALK”.

In spring 1982 “JUST AN ILLUSION” was released and spent the next 13 consecutive months rocking the charts and dance floors around the globe reaching #1 in Europe and many other parts of the world.

30 years on and their unforgettable vibe is back – live and even better: their very own Errol Kennedy who’s since been writing, producing and performing music for various projects & artists and who’s known as ‘the groovemaster of the band’, has topped his passion for music & playing drums and is once again back on stage performing all the hits with his band.

To honour the bands legendary history, iconic success and ground-breaking influence on the music scene as well as to mark another Anniversary, the Imagination co-founder, drummer and vocalist released a funky reproduction of their signature hit Just An Illusion: THE OFFICIAL ANNIVERSARY SINGLE “JUST AN ILLUSION [Feat. T’MAR]” is out now and another guaranteed dance floor filler!

Also known as the’Man With The Groove’ of the 80’s legends Imagination, Errol Kennedy explained: “even though Ashley, Leee and I got all on with our own projects and lives, it should never be too late for the three of us to reunite. As I said in various interviews before: when the three of us get together as Imagination there is something magical that happens there”.