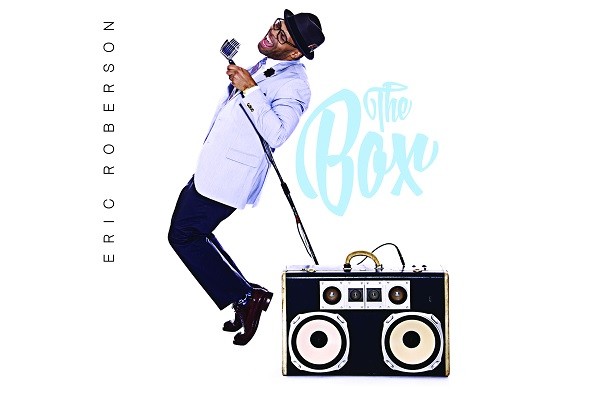 Is the amazing “Eric Roberson“

America’s trailblazing independent soul star Eric Roberson returns with a new album “The Box” which, in something of a departure for him, features more live instrumentation including strings and horns.

The theme of the album – his 10th –  is the boombox.  “I was born and raised a hip hop kid with my sister’s boombox by my side,” he explains. “No matter whether I’m wearing a tailored suit, top hat and brogues, that boombox mentality is still present.   Musically that’s what we are after on this album…. that boom bap that’s meant to get your heart rate up”.

“The Box” shows the evolution of the Roberson sound, slightly jazzy in places, influenced by the music of different cities – among them New Orleans, Washington DC and Atlanta.

Guests include Blackstreet’s Dave Hollister on the title track, King – a talented Los Angeles female vocal trio who have opened for Prince – and Pharoahe Monch, “one of my favourite rappers”.

Eric’s previous album “Mister Nice Guy” hit the Top 5 of the iTunes US R&B Albums, and he has twice been nominated for a Grammy in recent years.  He believes the new album demonstrates his determination to embrace growth, while at the same time not forgetting the person he is.

One of his favourite songs is “Do The Same For Me” “because it was the last track we recorded and is still very fresh in my mind and heart”.  The song features a cameo vocal from Eric’s father James.  He recalls: “He was singing and looking at my mum with tears in his eyes. She was crying while she watched him in the vocal booth. That experience was one of the high points of recording this album”.

Eric will be returning to the UK and Europe in the coming months for a round of live dates.

His live set is always an experience. “Sure, a good part of the show is rehearsed and prepared, but a lot of it is feeding off the crowd,” says Eric. “It’s a lot of improv, theatre, church, stand up and a party all mixed into one”.