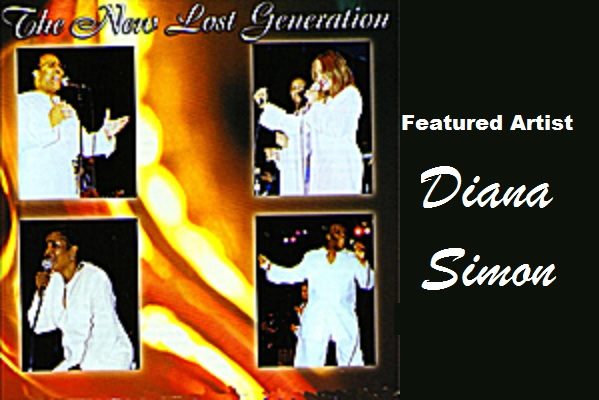 The Breakfast Show Featured Artist Will be

Born and raised in Chicago, Illinois, Diana Simon is a recording artist/vocal stylist who has had a wide variety of musical endeavors.  While in high school, she was a member of various choral ensembles and featured artist in annual talent shows.

In addition, all 4 years of high school she was a member of the Chicago All-City High School Chorus. She studied voice at Roosevelt University and has earned her Associate degree in Music.

A jazz vocalist with a vocal range that includes Soprano 1 and 2nd, Alto and Tenor Diana works with a variety of groups which include The Lost Generation who had hit single ‘The Sly, The Slick and Wicked’ and scored another hit entitled ‘Thinkin Bout Cha’.

Diana is working as a background vocalist for the legendary Chi-Lites as well as the legendary soul singer Mr. Otis Clay, extensively throughout the United States and abroad.

She recently released her new single ‘Step Behind My Curtain’ which she wrote.  It was released in September and is available for sale on iTunes and Amazon.com, and can be heard on iHeart Radio as well as other internet stations.

Diana aspires to continue to write more songs and become a household name.  She is now fulfilling a lifelong dream.