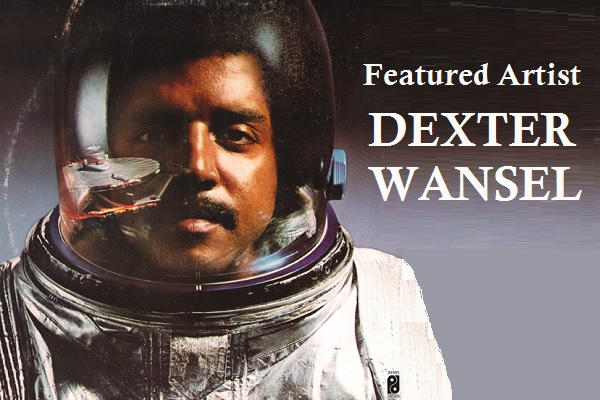 < Excerpts from Philadelphia City Paper and other publications>

“Dexter Wansel is known to some as Philly keyboardist who released a number of successful albums in the 70s including most notably “Life on Mars” and “Voyager”. After being honorably discharged from the United States Army in 1970, Wansel quietly joined the ranks of great synthesists like Walter Carlos and Dick Hyman, where he began programming the Putney and the Arp 2600V for sessions at Sigma Sound Studios. As composer and keyboardist, Wansel produced, wrote, arranged and synthesized hits for Philly International Records as well as numerous other labels. Some of the Recording artists that he has worked with over the years are Trey Songz, (Unusual )The O’Jays, (I Really Need You Now) Jordin Sparks, (Hooked On Your Love-from the Sparkle movie) Patti LaBelle, (If Only You Knew-I Can’t Forget) The Stylistics, (Hurry Up This Way Again-What’s Your Name) Diggy, (Do It Like You) Teddy Pendergrass, (Love TKO-Only You-All I Need Is You) Instant Funk, The Jones Girls, (You Made Me Love You-Nights Over Egypt) Junior, (Not Tonight) Michael Jackson and The Jacksons, (Keep On Dancin-Jump For Joy-Different kind Of Lady) Donny Hathaway, (You Were Meant For Me) Loose Ends, (The Sweetest Pain-You Can’t Stop The Rain) Elle Varner, (Stop The Clock) MFSB, (Mysteries Of The World-Philadelphia Freedom-Manhattan Skyline) Lou Rawls, (Its Our Anniversary Today-Pure Imagination-Lovers Holiday) Billy Paul, (I Think I’ll Stay Home Today-Billys Back Home) P.P Arnold (A Little Pain) Jean Carn, (Give It Up-You Are All I Need-I’m In Love Once Again)) Carl Carlton, (Spend The Night) Phyllis Hyman, (Living All Alone) Grover Washington Jr, (The Best Is Yet To Come) Pieces Of A Dream (Warm Weather) Evelyn Champagne King (Shame-The Show Is Over) to name a few.

Dexter’s music has been used as samples over 1000 times in the world of hip-hop. His 1976 ‘Theme From The Planets’ drum beat intro, is hailed as being one of the first great beats of hip-hop. This beat continues to be heavily sampled today and can also be heard on TV commercials and in movies.. His sampled music has been used by Kanye West, Lil Wayne, Drake, Rick Ross, J Cole, Kid And Play, Eric B and Rakim, Wiz Khalifa, The Lox, Lil Kim, Ice T, Ice Cube, Stalley, and many many others.

In 1975 Dexter created the moody, space- soul LP ‘Life On Mars’ whose icy ambience and thick, thematic funk is universally credited with having created Neo-Soul.” In 1978 as conductor of the world famous MFSB Orchestra, Dexter Wansel was the musical director for the historic show at the White House commemorating the very first ‘Black Music History Month’ celebration in 1978.

During live performances, Grammy award-winning producer/arranger/writer, Dexter Wansel performs the music he helped to create with some of the world renowned recording artists as well as his own music.