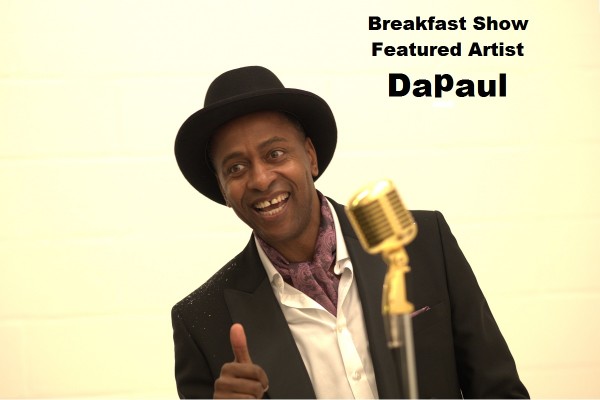 DaPaul is a singer, songwriter and musician with a passion for performing. He writes with a contemporary lyrical content that reaches all listeners and connects with the world around him. In each song DaPaul writes, he captures a magic that resonates with each listener in a way that is entertaining and moving.

DaPaul’s roots hail back to a Caribbean church in London where he found and nurtured his love for the piano and singing. His formative years in the industry began in the mid 90’s as a session musician/backing vocalist recording and performing with UK/US artists; Eternal, Louise, MN8, Cleopatra, Alexander O’Neal, Jhelisa Anderson, Rhonda Thomas, Kloud 9, Des’ree, and Gabrielle. He has also appeared on various TV promos: Jools Holland, GMTV, National Lottery Live, VH1, TOTP, Montreaux Jazz Festival, and The World Music Awards.

Throughout DaPaul’s career he has always nurtured the craft of songwriting and in 2009 started on his quest to complete his debut album. This was an independent ongoing project which required tenacity, perfectionism and determination. Well, it seems DaPaul achieved his goal when his album ‘Soulful Spirit’ received this review;

‘ We all know what is meant by saying: “It comes from the heart!”. DaPaul’s ‘Soulful Spirit’ is yet another fine example of a well-crafted set of musical compositions which intimately touch on the content of the heart.

The music in this debut album is of a consistently excellent quality and speaks highly of the calibre of the accompanying musicians who have contributed to its production. They all represent the finest the UK has to offer! From the gentle refrain of the opening track ‘She’s So Entertaining’ to the title track ‘SoulfulSpirit’, this work is imbued with emotional sincerity. The UK has been blessedwith singer/songwriters; LabiSiffre, Omar, the late David Lynden-Hall toname only three, who have succeeded in capturing our attention with theoriginality of their creative endeavour. We have yet another songwriter toadd to the impressive roster. DaPaul speaks truly from the heart with ‘Soulful Spirit’.

1. ‘My Gift’ – Single Release & Official Music Video
‘My Gift’ is a grateful tribute to the good that lifts our spirits higher and further. It is the first
single from his debut album ‘Soulful Spirit’, released in December 2012, and is just a taste of
this well-anticipated album, to be released in May 2013.
YouTube hits for ‘My Gift’ – Official Music Video
http://www.youtube.com/watch?v=Fj79PkGp7YI

2. As a session musician and backing vocalist for highly-acclaimed stars such as
Alexander O’Neal, Des’ree, Jhelisa Anderson and Gabrielle amongst others, DaPaul
has covered a diverse range – from Gospel, Soul, Blues and Jazz to Pop – carefully
honing his craft over the years.
DaPaul’s album ‘Soulful Spirit’ was launched on 30th April 2013 in association with
Jazzmo’thology, MAP Studio Cafe with sponsorship from The Windrush Foundation.
Since the release ‘Soulful Spirit’ reviews have been excellent by:
http://www.soulwalking.co.uk/
www.soulandjazzfunk.com

5. DaPaul has toured China for 8 months as guest artist from Jan – Sept 2014
performing at 5-star hotels and venues, promoting his debut album and performing
classic soul, jazz, blues and pop songs from his repertoire.