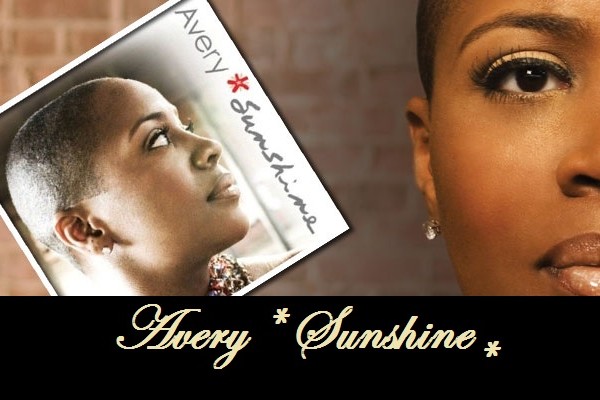 IS THE SPARKLING BRIGHT –

Have you been to the church of Avery*Sunshine?

With her thunderous, gospel-bred pipes and heart-to-heart content, the singer-songwriter can’t help spilling the truth in her music. She knows the best route sometimes is the direct one. No detours. So listeners won’t have to “get on her level.” She’s already on theirs. “I want people to get my music. I don’t want them to have to decipher some code in order to understand where I’m coming from,” says Avery. “I always talk about how much I love Joel Osteen-it’s because he explains things in such a way that it’s, not only easy to understand, but also, easy to communicate. When he preaches, I remember the whole sermon and can then go and share that same sermon with someone else. That’s how we REALLY SHINE.”

This candid philosophy fits perfectly in a social-media-driven world that’s forced even the most secretive entertainers to open up. While much of it seems staged (is everyone that perfect?), Avery’s always been frank-the girlfriend and single mother of two who’ll offer not just real, but relevant talk. That breakup? She’s been there. Stressful days? (See: “Today”). Give her self-titled debut a spin (it was released independently in June 2010 and licensed in the UK, Europe and South Africa) and you’ll see. It’s organic. Soulful. Therapeutic. Every Avery album will be.

The word “feel-good” gets thrown around often in music circles. For certain artists, it just works. In describing her own sound, though, Avery quickly catches herself when the cliché term slips out. “It’s feel-good music,” she says, and then pauses. “That’s so trite!”

Or you could call it truth. After all, those feel-good tunes have helped plump her portfolio with accolades including a turn as choral director on the theatrical production of Dream Girls,” featuring Jennifer Holliday. Her videos “All in My Head” and “Ugly” landed heavy rotation on Music Choice, VH1 Soul and Centric. And she’s toured with Ledisi and shared the stage with Kem, Musiq Soulchild, Eric Benet, Rachelle Ferrell, and the legendary B.B. King, among others. “Ugly Part of Me” also graced the Top 15 on the Urban Adult Chart via Media Base.

As Avery’s right-hand musical partner, Dana Johnson-a writer, producer and classically trained guitarist-explains, her sophomore album will offer even more relatable tales. “We’ve gone back to a really organic, honest way of songwriting: What are you thinking about right now? We cracked the surface, and now this is an opportunity to see even deeper into the world of Avery*Sunshine.”

The Sunshine world has its origins, 9 miles south of Philly, in Chester, Penn., and like many of us, she has her parents to thank for her music fixation. At house-party jams, they’d drop the needle on records from Jimmy Smith to Nina Simone to Miles Davis. Those memories from as young as 5 years old remain lodged in Avery’s brain. “We had a silver stereo, and we had The Whispers 8-track, an eggshell color,” she recalls vividly. “I remember playing As The Beat Goes On in the morning before school and smelling the Thomas English muffins that my mom was toasting for me. I also remember that if the toast was too dark, I wouldn’t eat it.”

From there, young Avery, a quiet loner, added more achievement badges to her uniform-from playing piano at age 7 to songwriting. “My mom said, ‘Look, if I buy that piano, you gon’ practice everyday,’ And she meant just that.”

By 13, Avery had earned a gig as choir director at the Immaculate Heart of Mary Catholic Church for $175/hour. Dreams of being a corporate lawyer turned into faded pictures when she realized music was tugging harder post-college (she was a piano major at Spelman College).

Since then, she’s been putting in work. And the accolades have continued to pour in. In 2010, Avery won Best New Artist at the Reader’s Choice Awards. The following year, JET Magazine named her one of their 5 rising Indie Artists. Flexing her theater and thespian skills, Avery starred in the musical drama, I Dream, directed by Jasmine Guy, in addition to appearing on BBC 2 Live with Jools Holland. Her song “Like This” was featured in the TBS series, Franklin & Bash. And she appears on Will Downing’s latest release, Silver, on the duet “You Were Meant Just For Me.”

With over 200-plus reviews and features, including VH1.com, Vibe.com, BET.com, JET, USA Today, The Washington Post and more, Avery has made her presence known. Expect an encore with her anticipated sophomore project, to be released in 2013. These days, with a divorce behind her and loads of life experience, Avery finds solace within the melodies. Listeners will draw inspiration and strength from her lyrical sermons.

“We really do look at it as a ministry. It’s a simple ministry, though,” says Dana. “On the debut record, there were a few songs that looked at what people might consider touchy or awkward and poked fun so people can say, ‘I tcan relate to that.’ It helps people connect to a very common, human element.” That’s where the SHINE begins.