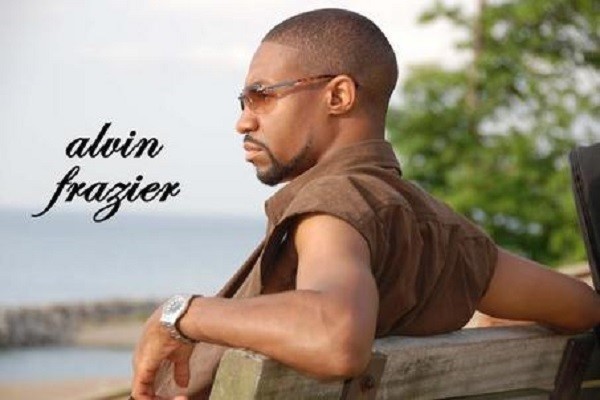 IS THE FANTASTIC – “Alvin Frazier“

Gifted and versatile are two words that best describe singer, songwriter, musician, producer, composer & actor Alvin Frazier. Born and raised in Cleveland, Ohio, Alvin has been singing since the age of two and pecking at the keys since the age of three.

Over the years, and without formal training, Alvin would go on to learn to play the piano, guitar, bass and drums. Outside of being a singer and self-taught musician, Alvin is a songwriter and he uses that talent for crafting his heartfelt lyrics and intertwining them with his infectious grooves and beautiful melodies. Alvin’s musical journey has been extensive and that is the key to his diversity as a vocalist / musician / producer and arranger. Alvin attributes his success and development of his craft to his faith and devotion to Jesus Christ.
For the past 5 years Alvin has been gradually gaining ground with listeners around the world via the web through his “official” website www.alvinfraziermusic.com in which his current and future releases will be available. The CD can be found on websites for purchase and download across the globe. In the Spring of 2008, Alvin took his message of love & faith on the road starting with a successful AFE tour of East Asia with Smooth Jazz saxophonist Shelby Brown to promote his 2006 debut release, “Love & Faith: Vol. I”. Alvin is currently in the studio putting the finishing touches to his sophomore album “A Wonderful Love: Love & Faith Vol. II”scheduled for release in January 2013.
Alvin has built a reputation for being a dynamic performer and entertainer who leaves his audiences spellbound. Fusing the sounds of R&B, Soul & Jazz with a message of faith, love & hope, Alvin is able to captivate even the most skeptical person with his unique delivery and presentation. His shows are a truly a production.
While working as a solo artist, Alvin also found the time to tour for a year as a lead singer of the Christian Pop acapella group Praise-apella, record an album with them and produce songs for other artists as well along with performing with his groups The joshua Trio & The Concept. If that wasn’t enough, he also produced, arranged & scored music for 3 stage plays. To say that alvin frazier is one of “The Hardest Working Men in Show business” would be an understatement. He is the definition of a “true” artist.
In Fall 2011 after an 8-year hiatus, Alvin decided to rekindle his passion for acting. Since that time, Alvin has become an in-demand actor with numerous appearances on stage, television and independent film. A star on the rise, alvin frazier is a man to watch out for…

Experience The joshua Trio, a Jazz group that takes you on a euphoric journey of smoldering retro / modern Jazz. The trio consists of drummer, Elijah Gilmore, bass and lead guitarist, Alvin Frazier, and keyboardist, Larry Harris, Jr. The chemistry of these three gentlemen embodies the essence of true musicianship while they captivate your senses with their soulful yet classic jazz sound.
The camaraderie of the bands’ members brings a level of diversity to cover many different genres including gospel, blues, r&b, hip hop, rock, folk, and jazz. These experiences were instrumental in creating their signature sound, as well as their spiritual intuition and sensitivity to the composition at hand. Based on this vast musical heritage the trio’s influences range from the likes of Return to Forever, The Pat Metheny Group, The Crusaders, to Steely Dan, The Roots, Soulive, The Yellowjackets, The Robert Glasper Trio and Fourplay to name a few.
The joshua Trio has wowed audiences all over with their awesome sound and amazing energy. The band’s versatility allows them to move from high-powered straight-ahead jazz to funk to soul to soft folk music with the greatest of care and ease. You haven’t heard a band quite like The joshua Trio. Guaranteed…
The band primarily performs as a trio, but on occasion the group features vocals from the bands’ founder & leader International Recording Artist: alvin frazier . The group is currently in the planning stages of recording their debut release. Be on the lookout for this awesome project in 2014. The group can also be booked as a quartet, quintet or backing band at the client’s request. For bookings and group information, contact them through this site at joshuajazz@alvinfraziermusic.com. Audio & Video performances of the band can be found on this site.

Climb onboard and ride the funky, jazzy, r&b sounds of The Concept band. Formed by recording artist, musician & producer Alvin Frazier in 2010, this extraordinary group comprises some of the most talented and gifted musicians in the Northeast Ohio area. Alvin recently stated “I really wanted to put together a band with a totally different sound and feel than my other group The joshua Trio. Although each group can be adjusted accordingly based on the event or venue, I wanted The Concept to be a party band. Just like the bands from back in the day, we not only play we also sing! This particular vehicle gives me a chance to do some of the tunes I loved growing up. The ones with great, meaningful lyrics & melodies that everyone could enjoy and remember…”
In a short period of time The Concept has made a lasting impression on every audience they’ve performed in front of. Under the leadership of their front-man Alvin Frazier, the groups’ showmanship & versatility across the board hands-down makes them one of the best groups around. Performing material ranging from Billy Joel, Stevie Wonder, The O’Jay’s, David Sanborn, The Crusaders, Kool & the Gand, The GAP Band, The Jackson 5 to Mint Condition and Tony, Toni, Tone’. This band does it all!